SC’s Leonen on PET ruling: ‘You don’t want a court to condemn without hearing’ 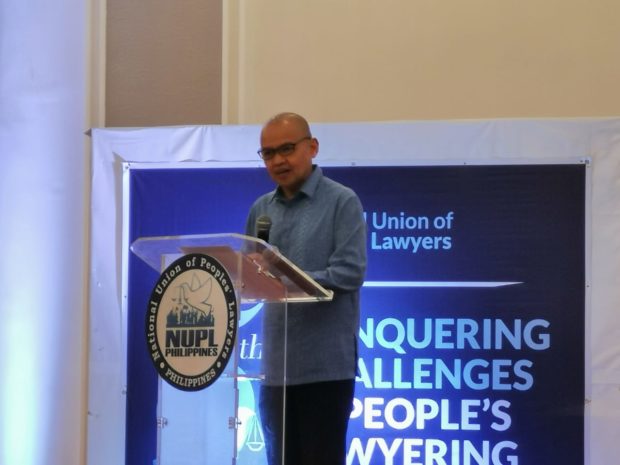 MANILA, Philippines — “You do not want a court to condemn without hearing, no matter what the consequences are.”

This was what Supreme Court Associate Justice Marvic Leonen said Saturday about the Presidential Electoral Tribunal (PET) ruling, which required the camps of Vice President Leni Robredo and former Senator Ferdinand “Bongbong” Marcos Jr. to submit comments on the results of a recount of votes in three provinces.

Speaking at the fifth National Union of People’s Lawyers (NUPL) Congress,  the associate justice told aspiring lawyers and law practitioners about the decision: “Because you yourselves are representing people against whom a majority or the powerful are saying are already guilty. You have already made a conclusion order for them.”

In the PET ruling released Friday, it showed that Robredo maintained and increased her lead against Marcos in the recount of three provinces, namely Camarines Sur, Iloilo and Negros Oriental.

The three provinces were chosen by Marcos, claiming that these were the areas that he was cheated the most during the 2016 national elections.

Leonen told the audience that if they read the entirety of the resolution, they should ask themselves: “When was the court given the opportunity to accept the arguments of all the parties on the legal interpretation of a particular case?”

“And also I want to clarify, just because you are for due process of the law does not mean you are for one party,” the associate justice clarified. /jpv