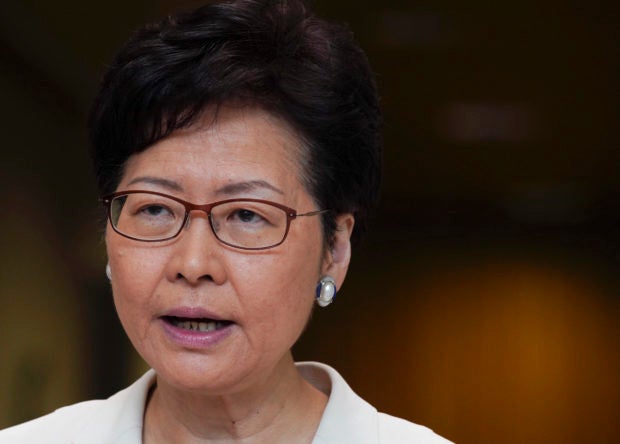 Carrie Lam told reporters that Hong Kong’s government would “actively follow up on” a letter she received from Chan Tong-kai requesting help to give himself up.

Chan is wanted by Taiwan authorities for allegedly killing his girlfriend during a trip to the self-ruled island last year. He was not sent back to face charges because there’s no extradition agreement.

He was however jailed in Hong Kong on money laundering charges and is due to be released this week.

Lam has cited Chan’s case as one of the main reasons that she wanted to close the loophole with proposed extradition amendments.

But the proposals sparked massive protests over fears they would put residents at risk of being sent into mainland China’s Communist Party-controlled judicial system.

The protests mushroomed into the biggest political turmoil to rock the Asian financial center in decades. The demonstrators have been taking to the streets for five months and clashed frequently with police, as their demands have broadened to include full democracy and an independent inquiry into police tactics.

Lam told local broadcaster RTHK that she felt “relief” at Chan’s decision to hand himself in to Taiwanese authorities.

Taiwan’s Ministry of Justice urged Hong Kong on Thursday to keep Chan in prison and investigate him for the killing, but Lam and other Hong Kong officials have ruled that out. /jpv