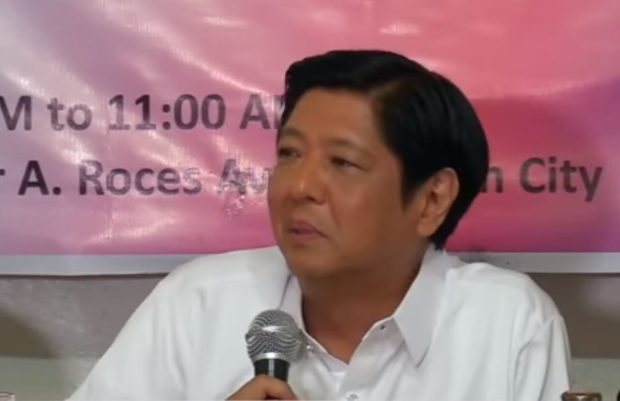 MANILA, Philippines – The lawyer of former senator Ferdinand “Bongbong” Marcos on Friday reminded the camp of Vice President Leni Robredo that the Supreme Court had junked the draft ruling of Associate Justice Benjamin Caguioa on the electoral protest.

The dissenting opinion of Caguioa — who called for the Marcos protest’s dismissal for allegedly having no substantial recovery on the pilot provinces Marcos chose — is being used by the Robredo camp as a basis.

Robredo’s lawyer and spokesperson said that Caguioa has revealed that Robredo gained 15,000 votes in the initial recount results.

“Precisely why the majority of the Tribunal by a very decisive 11-2 vote emphatically junked that Caguioa minority opinion favoring Mrs. Leni Robredo finding the figures presented before them to be outrageous and ordered the election protest to proceed with the parties to file their Comment and Memoranda,” Marcos’ lawyer Vic Rodriguez said in a statement.

“It only confirmed our suspicion that Mrs. Robredo’s premature celebration and claim of another fake victory in the Tribunal was a product of advance information she’s been receiving all along through a highly placed deep throat,” he added.

However, Robredo spokesperson Barry Gutierrez said it was not their problem anymore if Marcos’ lawyers do not know how to add up the votes and deduce the possible outcome of their protest.

“In the recount, Robredo, Marcos, and PET (Presidential Electoral Tribunal) had a representative. They were there when the recount happened, the 15,000 (vote) claim was anchored on our representatives’ records. We just computed, no special information required,” Gutierrez said.

“It is not our problem anymore if Marcos’ lawyers don’t know how to do the math,” he added.

Recent reports based on the Supreme Court (SC) documents though pointed out that Robredo’s lead over Marcos increased further, from 263,473 to 278,566.

SC is sitting as the PET in the protest lodged by Marcos, after losing to Robredo in the 2016 presidential elections.

READ: Robredo to Marcos after recount results: I won, respect that, move on