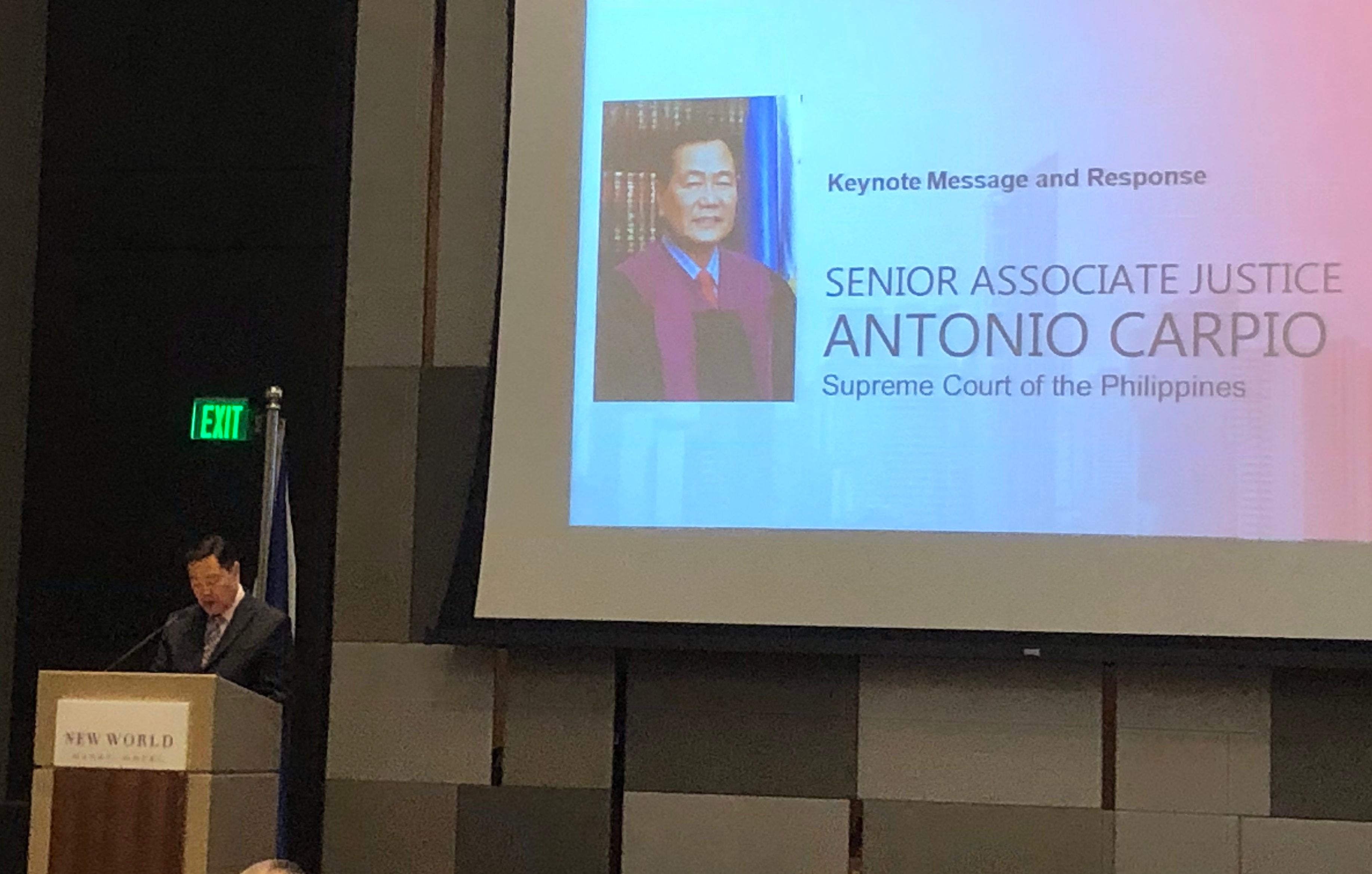 MANILA, Philippines — With his 18-year career in the Supreme Court coming to an end in a few days, Senior Associate Justice Antonio Carpio is already gearing up for a bigger battle now that he would have plenty of time to spare: He will now work full-time to advocate for the Philippines’ rights in the West Philippine Sea.

The senior magistrate said he might miss the “constant intellectual battle” in the High Court — but maybe not for long.

“There’s a continuing battle in the Supreme Court for ideas. You want your idea to prevail over the ideas of others. It’s a constant intellectual battle,” he told reporters Thursday on the sidelines of the testimonial lunch hosted by the Makati Business Club.

“After taking a break from that, maybe I will miss that. But we have a bigger foe, we have China. So I think that will consume my time and I don’t think I will be longing to do other things,” he added.

He will reach the compulsory retirement age of 70 on Oct. 26.

As one of the leading experts and staunch defenders of the country’s sovereign rights in the West Philippine Sea, Carpio has given many lectures about the subject here and abroad.

“I have several friends who are also researching on the same subject who are interested. We will meet regularly and see how we should proceed from there,” he added.

Former Foreign Affairs Secretary Albert del Rosario in his testimonial recognized Carpio as one of the “staunchest defenders of our country’s maritime rights and entitlements” and “one of the key architects of the South China Sea arbitration.”

The Philippines in 2016 won a case at the Permanent Court of Arbitration in The Hague, which invalidated China’s nine-dash line claim. The arbitral win was shelved by President Rodrigo Duterte.

Carpio conducted thorough research to support Manila’s case and was part of the Philippine delegation to the Hague arbitration proceedings.

“His acts of patriotism, though sometimes criticized, has proven invaluable to the country. His example inspires us to promote and protect national interests,” Del Rosario said. /je