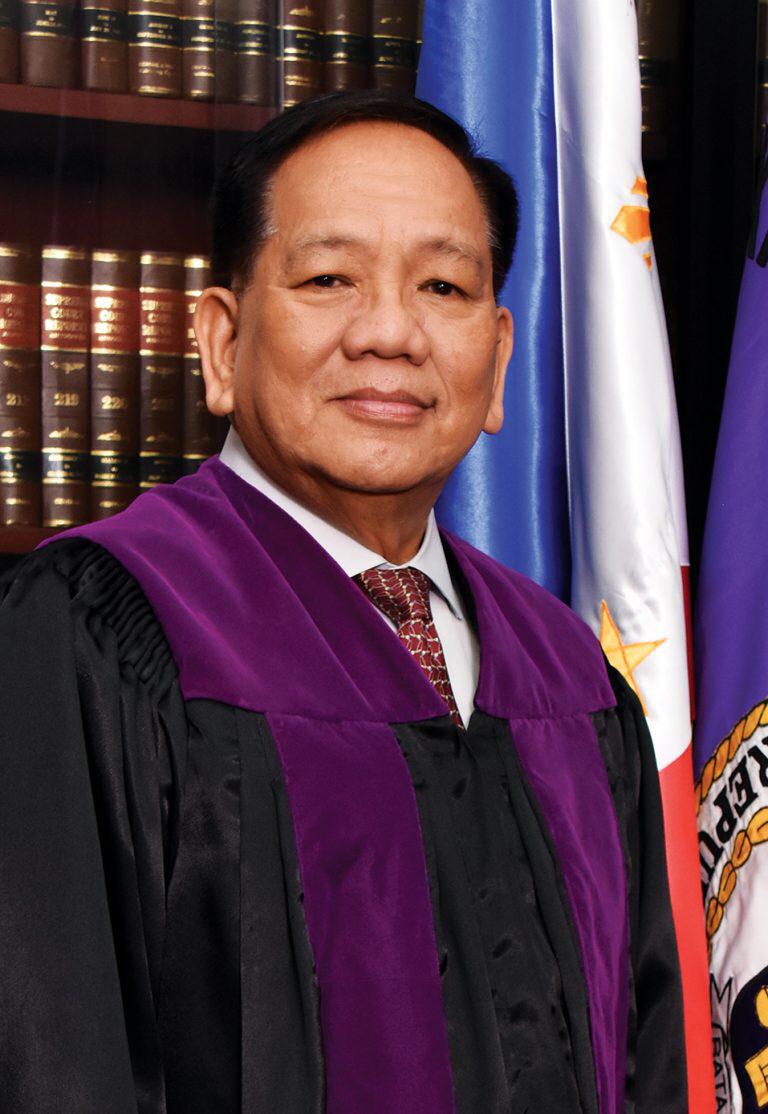 Peralta has been with the Judiciary for 25 years–10 years of which were spent as Associate Justice of the Supreme Court. He started his career in the Judiciary as Quezon City Regional Trial Court judge in 1994.

From Quezon City, he was appointed Sandiganbayan Associate Justice by then President Gloria Macapagal-Arroyo. While at the Sandiganbayan, he became part of the division that convicted former president Joseph Estrada of plunder.

Prior to his stint in the Judiciary, Peralta served as prosecutor in Laoag City and in Manila.

Peralta graduated in 1979 from the University of Santo Tomas Faculty of Civil Law. Neither a topnotcher or an honor graduate, Peralta, during his interview with members of the Judicial and Bar Council (JBC) said his works as member of the bench is enough proof that he deserves to be the top magistrate.

“I think I was able to compensate with the work that I had as a public prosecutor, as a judge, as an associate justice of the Sandiganbayan, as a presiding justice, associate justice of the Supreme Court, as a lecturer and chairman of several committees, I think they are more than enough to compensate with what they say that I do not deserve [to become chief justice],” said Peralta.

READ: Peralta on being next CJ: ‘There is hope for an individual like me’

Peralta’s expertise in criminal law has been recognized through the Special Centennial Awards in the Field of Criminal Law, given by the Integrated Bar of the Philippines and the Supreme Court during its Centennial Celebration on June 6, 2001, and the Judicial Excellence Awards 2002 (Chief Justice Ramon Avanceña Award for Outstanding Regional Trial Court Judge.)

He is married to Fernanda Lampas-Peralta, an Associate Justice of the Court of Appeals.  /muf 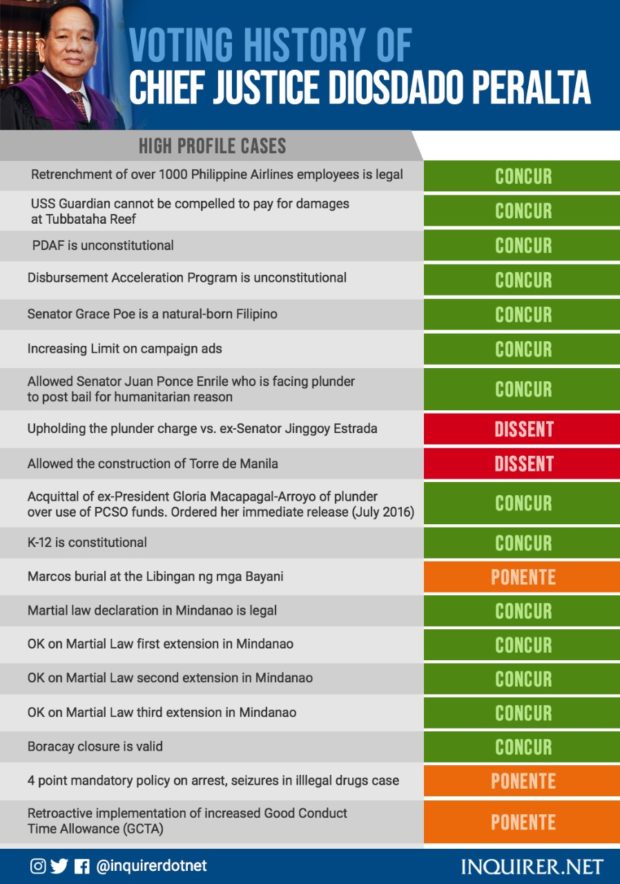