Angara: Why not legalize motorcycles-for-hire? 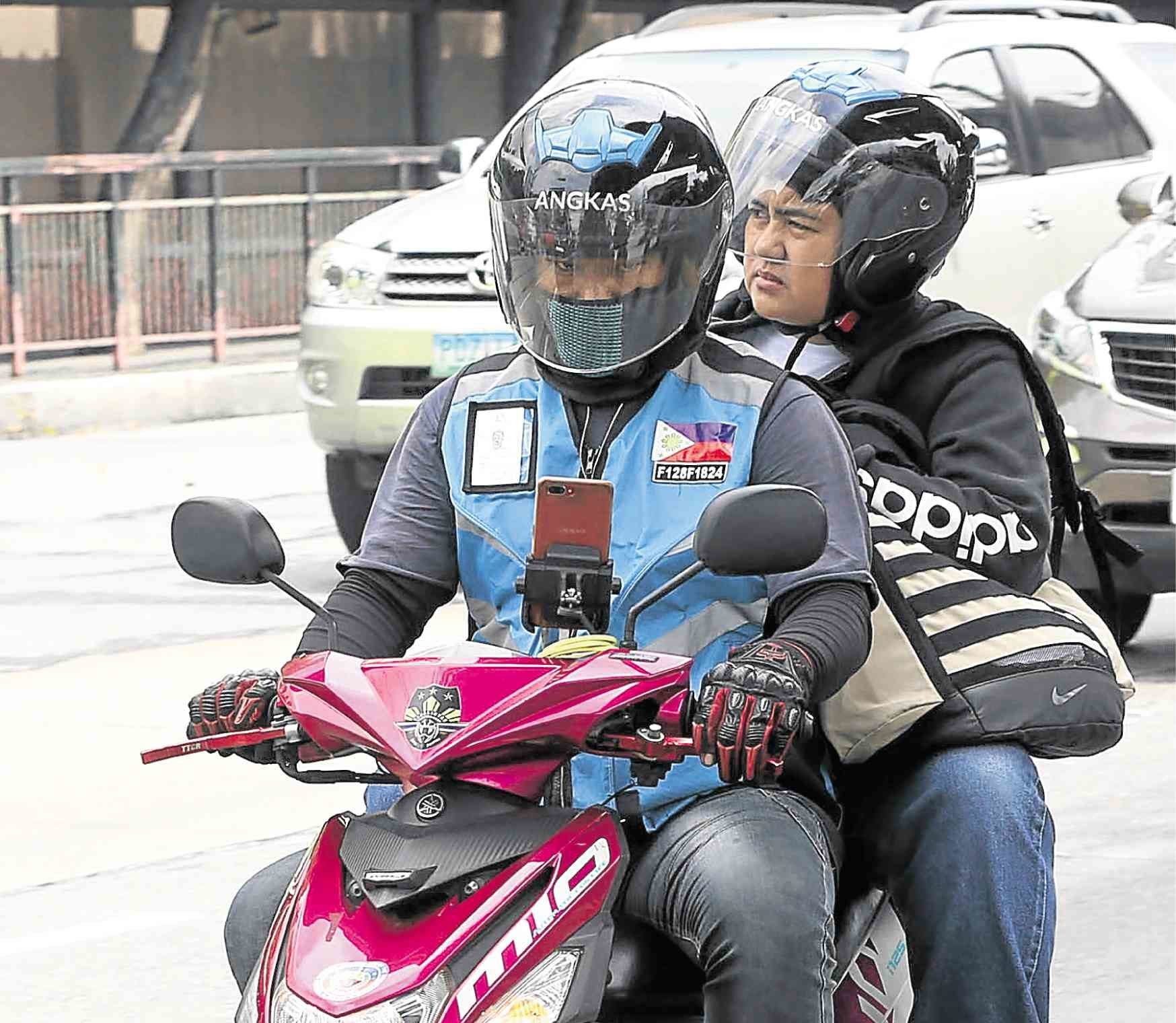 COMMON SIGHT Commuters are increasingly relying on motorcycles-for-hire to get through Metro Manila’s jammed streets to their destination. —NIÑO JESUS ORBETA

It’s time to make motorcycles-for-hire a legitimate means of public transport for good amid the worsening traffic in Metro Manila, Sen. Sonny Angara said on Thursday.

Angara noted that the motorcycle-hailing app Angkas was allowed to operate for only six months beginning in June as part of a pilot run of motorcycle taxis.

But even before the advent of Angkas, motorcycles for hire, locally known as “habal-habal,” have been operating in Metro Manila and provinces despite the Land Transportation and Traffic Code that only allows motorcycles to be registered for either private or government use.

Angara has filed a bill to amend the code to allow motorcycles to register as for-hire vehicles with the Land Transportation Office (LTO) so they can be used to transport passengers and goods.

“The demand for this service simply cannot be ignored, which is why I have filed a bill seeking to legalize the operation of motorcycles-for-hire,” Angara said.

Motorcycles provide an efficient alternative to commuters because these can weave in and out of traffic in the metropolis’ congested roads.

“Commuting in Metro Manila has become very challenging. A typical commuter has to allocate at least two hours to get to work or school and that is if their regular modes of transport are available. What if the MRT breaks down?” the senator said,  referring to the mass transport system. “Two hours are not enough for your commute.”

He noted that the recent fire that hit the LRT 2 and forced it to cut down trips has inconvenienced thousands of commuters, and forced them to turn to motorcycles which are cheaper than cars for hire.

His bill states that a motorcycle must have a minimum engine displacement of 125 cubic centimeters and a backbone-type build to be allowed to register for transporting passengers.

The LTO would ensure that these motorcycles are road-worthy before they are allowed to ferry passengers.

No modifications should also be allowed on the motorcycles, except for the installation of luggage carriers, saddlebags, step boards or footpegs and appropriate speed limiters and monitoring devices.