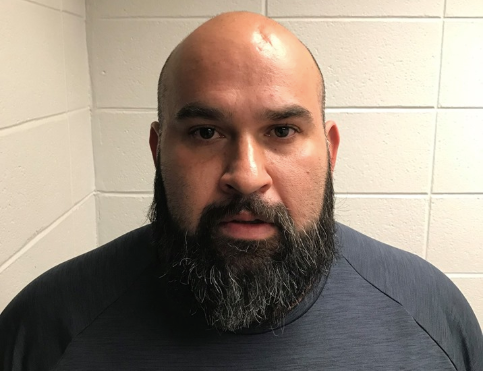 Manuel Duarte has been charged with one count of theft and one count of official misconduct. Image: Facebook/Lake County IL Sheriff’s Office

A correctional officer in the U.S. was arrested with felony charges after allegedly falsifying timecards to get overtime pay.

Manuel Duarte, 35, was arrested in his residence in Beach Park, Illinois yesterday, Oct. 16 according to a statement on Facebook from the Lake County, Illinois Sheriff’s Office today, Oct. 17.

The discrepancy was discovered after a change in leadership last December, where Sheriff John Idleburg conducted a reassessment of its internal structure.

Around June, its correctional command found a discrepancy in the officer’s electronic timecard. He was said to modify his timecards to include overtime hours when he did not actually work.

An internal investigation revealed that the officer in question has been falsifying timecards since 2017, bagging more than $20,000 (around P1 million) according to the statement.

It also said Duarte was placed under administrative leave during the investigation and was relieved of his duties. After the discovery of his misconduct, the sheriff’s office page announced that the officer’s employment termination process was initiated.

Sheriff John Idleburg wrote, “I am extremely disappointed that a member of our office would violate their oath and the public’s trust. Neither I, nor our staff, will tolerate an employee violating the laws we are sworn to enforce.”

The sheriff elaborated further: “This rogue corrections officer is not a reflection of the hard-working personnel we have, who dedicate themselves to serving the Lake County Community.”

As of writing, Duarte has been charged with one count of theft and one count of official misconduct. He is being held in lieu of a $200,000 bail (P10 million). The “rogue” officer was scheduled to appear in court today, Oct. 17. NVG

Man robs bank to pay for wedding ring and venue, urged by bride to surrender