SWS said 56 percent of adult Filipinos said they were satisfied with Robredo’s performance while 23 percent said they were dissatisfied, giving the Vice President a net satisfaction rating of +33 which is deemed to be “good.”

This was a five-point increase from Robredo’s June 2019 net satisfaction rating of +28.

Robredo’s net satisfaction rating increased in all areas in the country particularly in Mindanao. 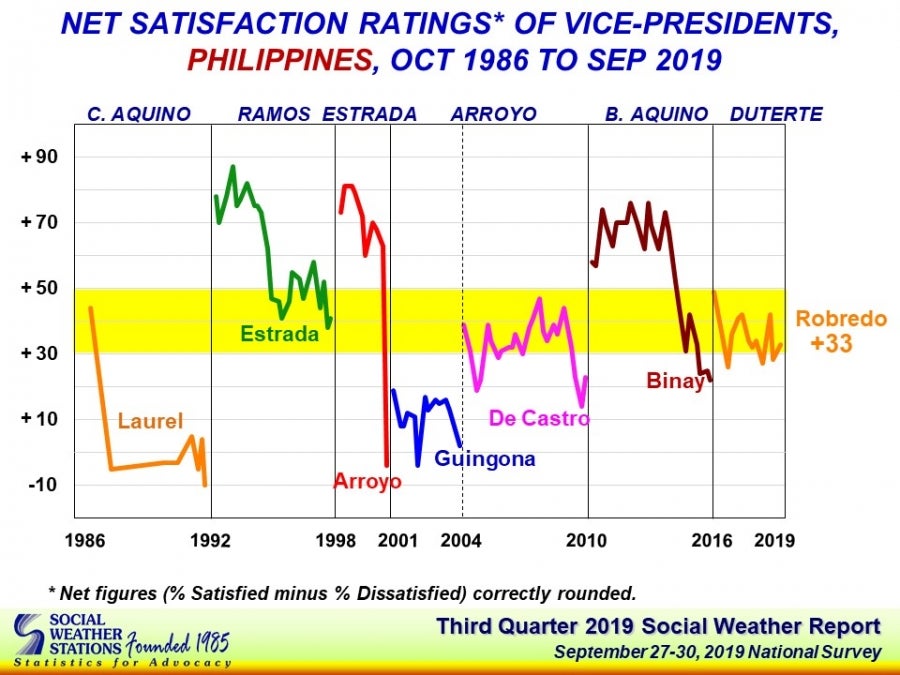 Vice President Leni Robredo’s net satisfaction rating rose from +28 in June 2019 to +33 in September 2019, according to the latest Social Weather Survey. Photo from SWS

Likewise, Sotto’s net satisfaction rating also slightly increased from +60 in June 2019 to +61 in September 2019, as 72 percent of adult Filipinos said they were satisfied with the Senate President’s performance while only 11 percent said they are dissatisfied. 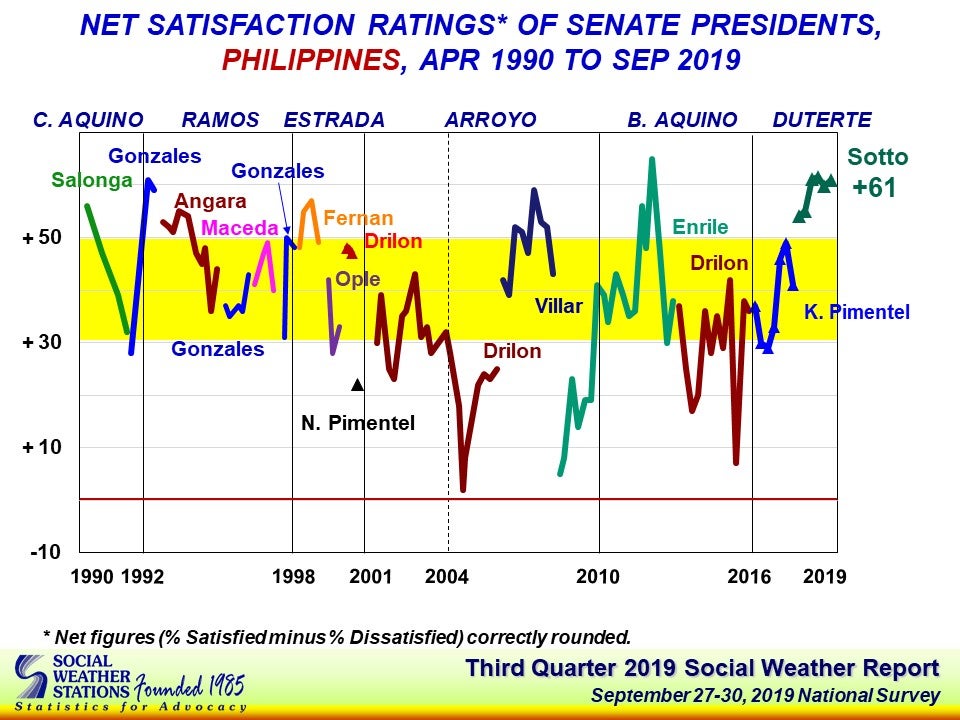 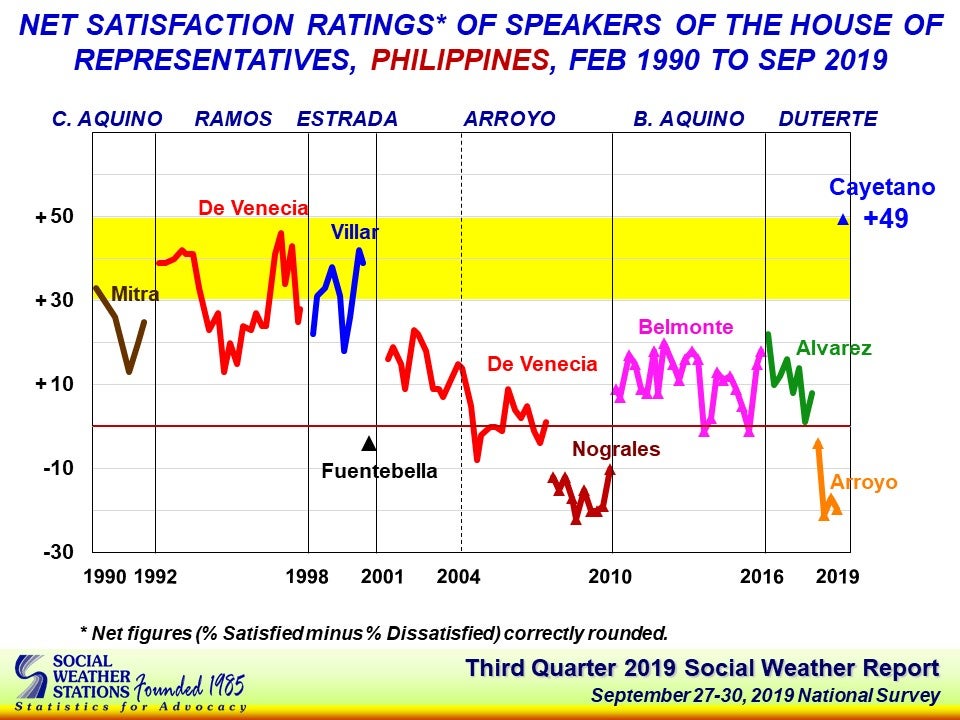 This rating, SWS said, is deemed to be “good.”

Supreme Court Chief Justice Lucas Bersamin’s net satisfaction rating also increased from +13 in June 2019 to +16 in September 2019 after 35 percent of adult Filipinos said they are satisfied with his performance while 19 percent said they were dissatisfied. 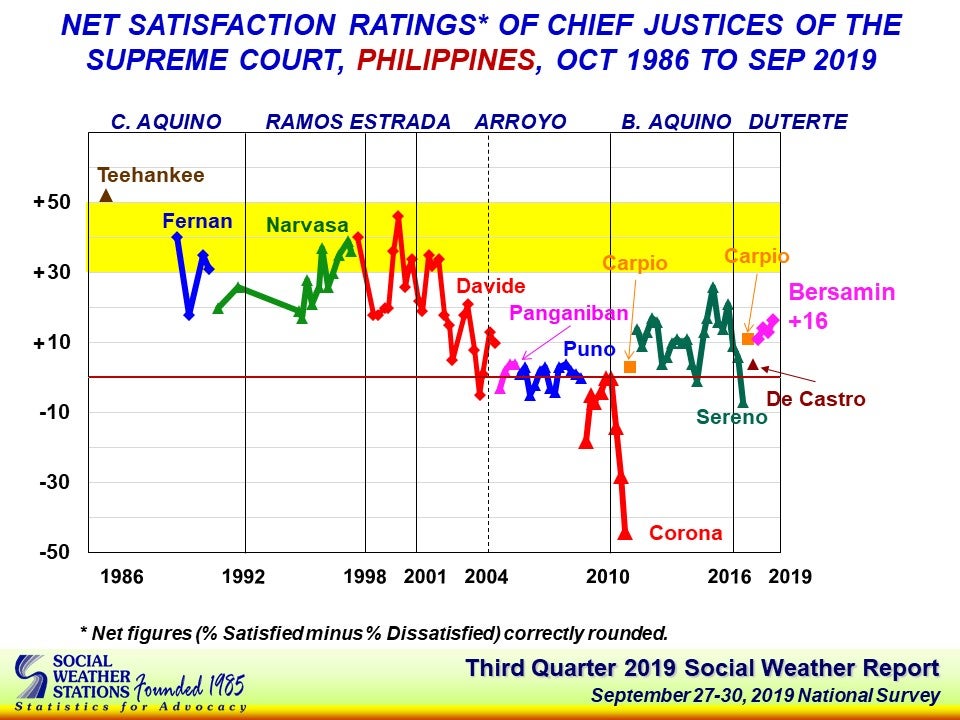 The September 2019 SWS survey was conducted from September 27 to 30, 2019 using face-to-face interviews of 1,800 adults nationwide, with sampling error margins of ±2.3% for national percentages.  /muf