Magalong warns: Lives of Pampanga ‘ninja cops’ could be in danger 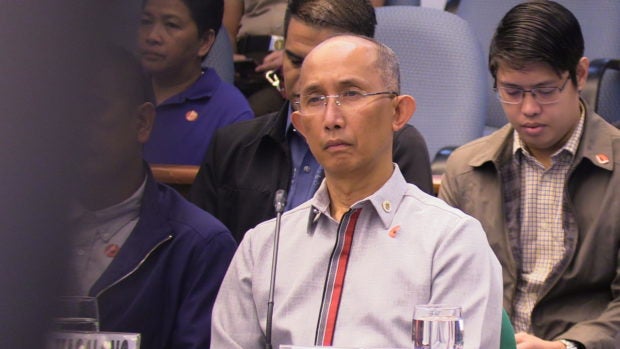 MANILA, Philippines — The lives of the policemen involved in the anomalous drug sting in Pampanga in 2013 could be in danger, Baguio City Mayor and former police official Benjamin Magalong said Tuesday.

Thirteen Pampanga policemen were accused of pilfering millions worth of illegal drugs during a buy-bust operation in Mexico, Pampanga in 2013.

Magalong said that there’s a risk for these policemen ending up dead “like the other civilian agents also involved” in the said drug operation.

“I hope that those involved in the 2013 drug bust in Mexico, Pampanga, will finally realize that they are on their own,” Magalong said in an interview over ABS CBN News Channel.

“And I hope that some of them start talking unless they end up dead like the other civilian agents who [were] also involved in that drug operation,” he added.

Magalong said it is for the Philippine National Police (PNP) to make sure that the safety of the policemen is enforced.

However, he noted that Lt. Col. Rodney Raymundo Louie Baloyo is the only one in jail, while the others still roam free and are on active duty.

“They [policemen] have to make sure that nothing happens to them. Because only one is in jail, only Baloyo. The rest are still performing functions as policemen or [on] floating status,” the Baguio City mayor said.

If you look at the civilian agents involved, all of them are already dead, they were killed. Anything can happen,” he further said.

In 2014, the 13 Pampanga policemen were earlier found guilty for grave misconduct for failing to account for all seized evidence during the said anti-drug operation.

However, it was found out they were only demoted, instead of dismissed, after they filed a motion for reconsideration. /jpv