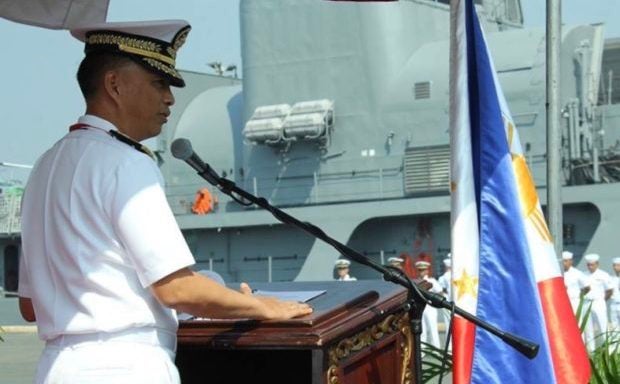 MANILA, Philippines — Navy chief Vice Adm. Robert Empedrad on Sunday brushed aside talks of a supposed rift with outgoing Marine commandant Maj. Gen. Alvin Parreño, who is stepping down from his post sooner than his mandatory retirement.

Parreño, who has five months remaining in service until his original retirement date, is relinquishing the top Marine post on Monday. Senior Marine officers who spoke on the condition of anonymity earlier cited supposed personal differences between Empedrad and Parreño, both members of the Philippine Military Academy “Sinagtala” Class of 1986.

Empedrad played down the allegations of personal differences and accusations of meddling in the internal affairs of the Marines, dismissing them as “rumors.”

He said their issue on Philippine Marines seeking to be a separate armed service from the Philippine Navy had long been resolved. One of the concerns agreed upon, he said, was to allow the Marines to have direct control of their finances for improved administrative and operational aspects.

Parreño, who has served as Marine commandant for two years, will be replaced by Maj. Gen. Nathaniel Casem. The sudden change of leadership is only part of the organizational development, Empedrad said.

He said Parreño was offered the Vice Commander position of the Philippine Navy but the latter declined to give way to other officers. The outgoing Marines chief would be serving under Empedrad’s office until his retirement in March 2020, but his specific assignment was not disclosed.

“Everything is working for the betterment of the Navy as a whole. So put let’s put this aside. It’s just plain rumor and I assure that the leadership of the Navy is solid,” Empedrad told reporters.