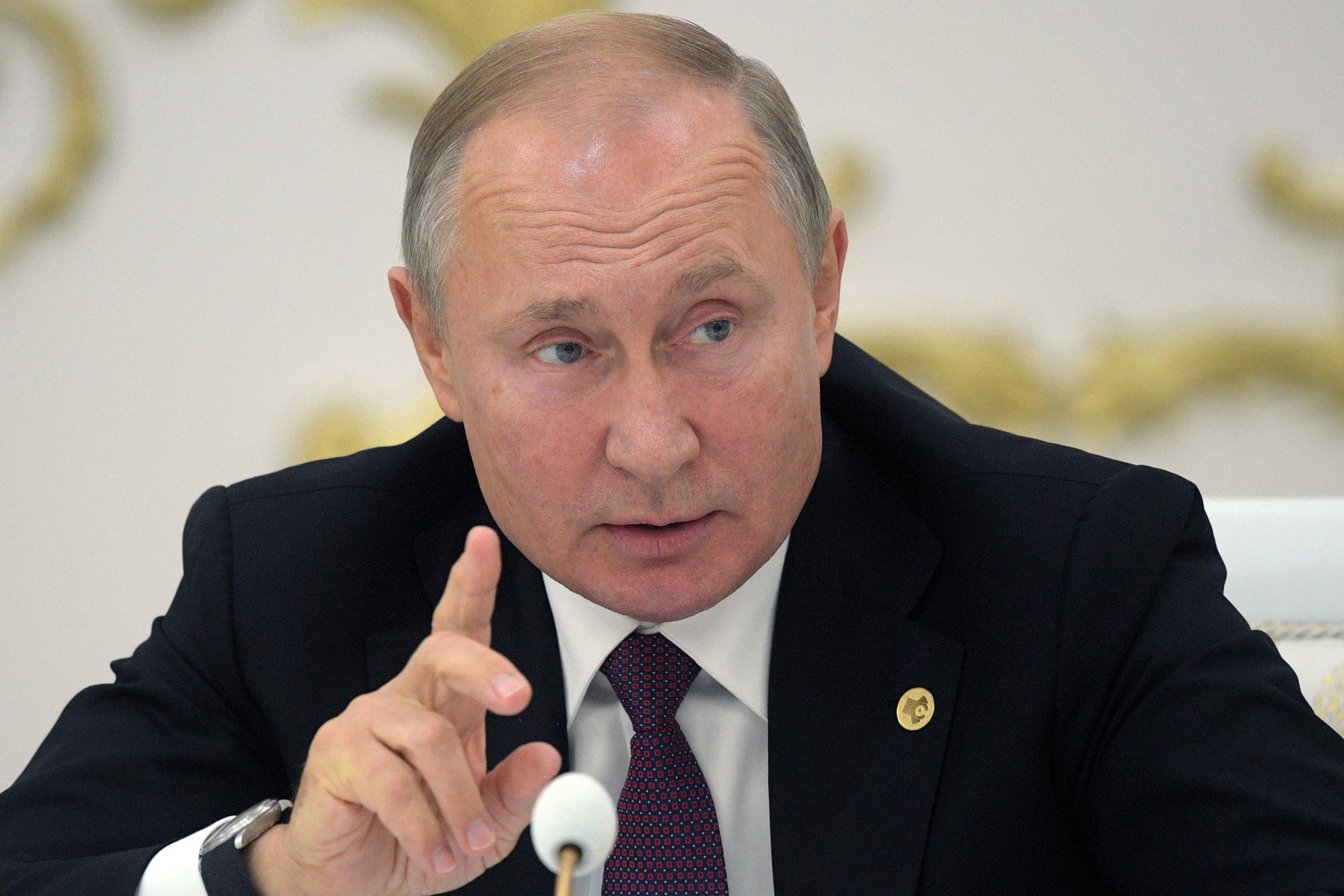 Russian President Vladimir Putin attends a meeting of heads of the Commonwealth of Independent States (CIS) in Ashgabat on October 11, 2019. (Photo by Alexey DRUZHININ / SPUTNIK / AFP)

MOSCOW — Russian President Vladimir Putin warned Friday that jailed Islamic State militants could escape as a result of Turkey’s military operation in Syria, leading to the resurgence of the IS in the region.

Putin said Kurds who were guarding thousands of imprisoned IS fighters are now fleeing after Turkey launched artillery and air strikes on Wednesday.

“I’m not sure whether the Turkish army will be able to take this under control — and how soon,” Putin said in televised remarks on a visit to the Turkmen capital Ashgabat.

“This is a real threat to us,” Putin told a meeting of heads of the Commonwealth of Independent States (CIS), an association of ex-Soviet countries.

“How will they be moving and to where?” Putin asked of the Islamist fighters. “Through Turkish territory? Through other territories?”

“We should simply understand this, know and mobilise the resources of our security services to neutralise this emerging new threat,” he added, without giving more detail.

Turkey launched its offensive against the Kurdish People’s Protection Units (YPG) after US President Donald Trump surprised Washington’s allies in the fight against the Islamic State extremist group by pulling out US troops along the Syria-Turkey border.

Ankara considers the YPG — the backbone of the Syrian Democratic Forces that have led the fight against IS with US backing — to be a terrorist group waging a separatist fight on Turkish territory.

But this view is not shared by many other countries, which have hailed the key role played by the Kurds in dislodging the Islamic State group from Syria after years of fierce fighting.  /muf