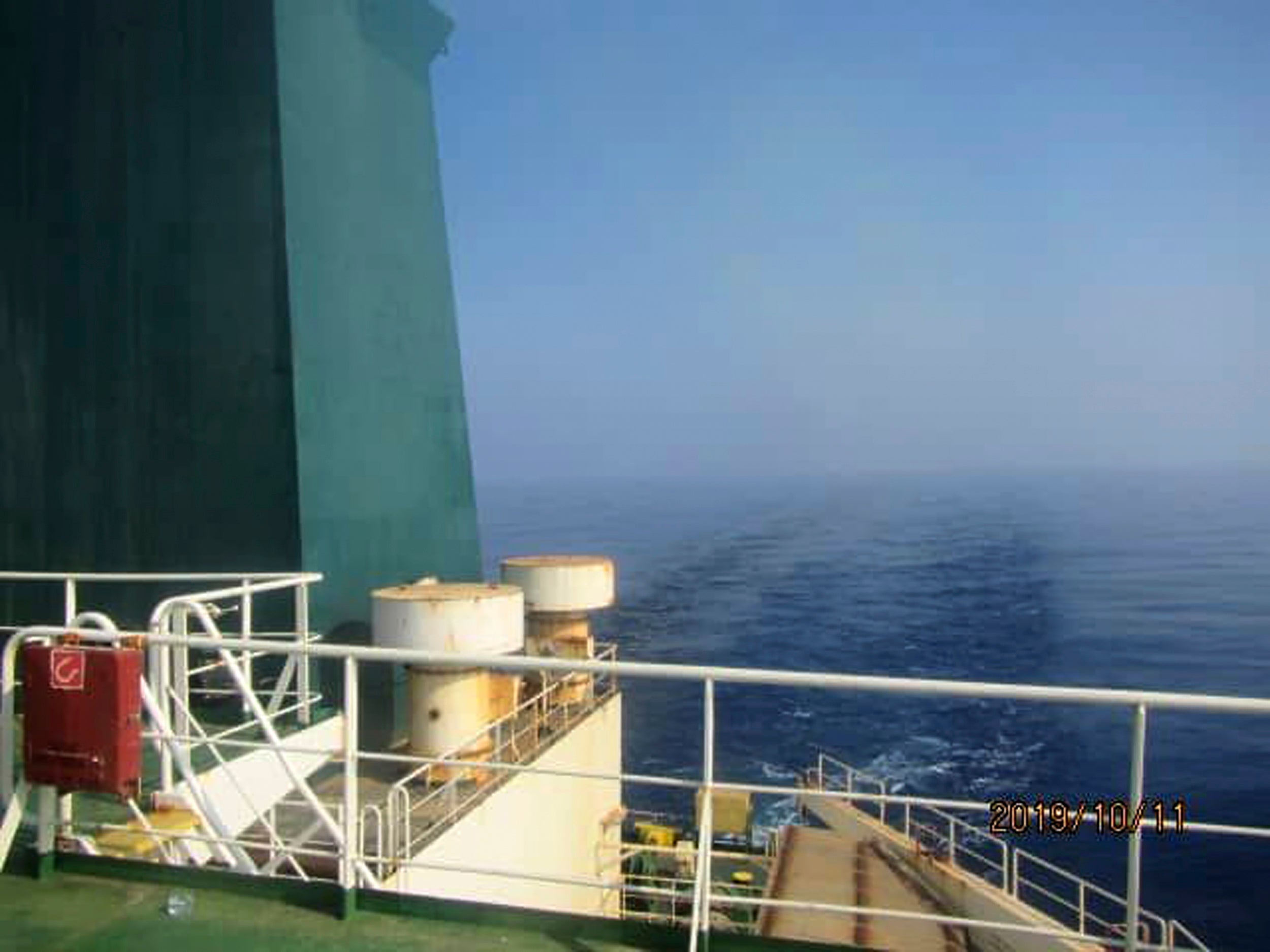 This photo released by the official news agency of the Iranian Oil Ministry, SHANA, shows Iranian oil tanker Sabiti traveling through the Red Sea Friday, Oct. 11, 2019. Two missiles struck the Iranian tanker Sabiti traveling through the Red Sea off the coast of Saudi Arabia on Friday, Iranian officials said, the latest incident in the region amid months of heightened tensions between Tehran and the U.S. (SHANA via AP)

The National Iranian Tanker Company, which owns the ship, said the hull of the Sabiti was hit by two separate explosions off the Saudi coast, saying they were “probably caused by missile strikes.”

The news sent Brent surging 2.3 percent to $60.46, while West Texas Intermediate jumped 2.1 percent to $54.69. Prices had already been rising on growing hopes for a breakthrough in the China-US trade talks.

The blasts come just weeks after two of Saudi Arabia’s biggest oil installations were hit, wiping out five percent of global production. That caused a record rise in prices for both main contracts, though they have since subsided.

They will also revive concerns about the security of the world’s crude supplies as tensions in the tinderbox Gulf region are already high, with Riyadh and the United States accusing Iran of being behind last month’s attacks.

Tensions have been running high for months with ships attacked in the region, drones downed and oil tankers seized.  /muf

Read Next
Bukidnon teacher nabbed for alleged ‘shabu’
EDITORS' PICK
Digital hunt for Hyun Bin: 5 challenges for Smartees
Motostrada expands by handing over ‘Trident’ and adding new ‘Horseman’ to its growing business
House panel set to meet for possible decision on ABS-CBN franchise bid
No arrests to be made on 1st day of allowed pillion riding for couples — HPG
Water remains our saving grace right now
WHO: Indoor airborne spread of coronavirus possible
MOST READ
‘I will always speak up for you’: Server on defending Fil-Am family from racist rant
‘Nouveau’: Agot Isidro hits Jinkee Pacquaio’s show of luxury Hermes, Louis Vuitton bikes
Solon withdraws support for ABS-CBN franchise renewal
Ping Lacson: Duterte has no power to say who are terrorists
Don't miss out on the latest news and information.