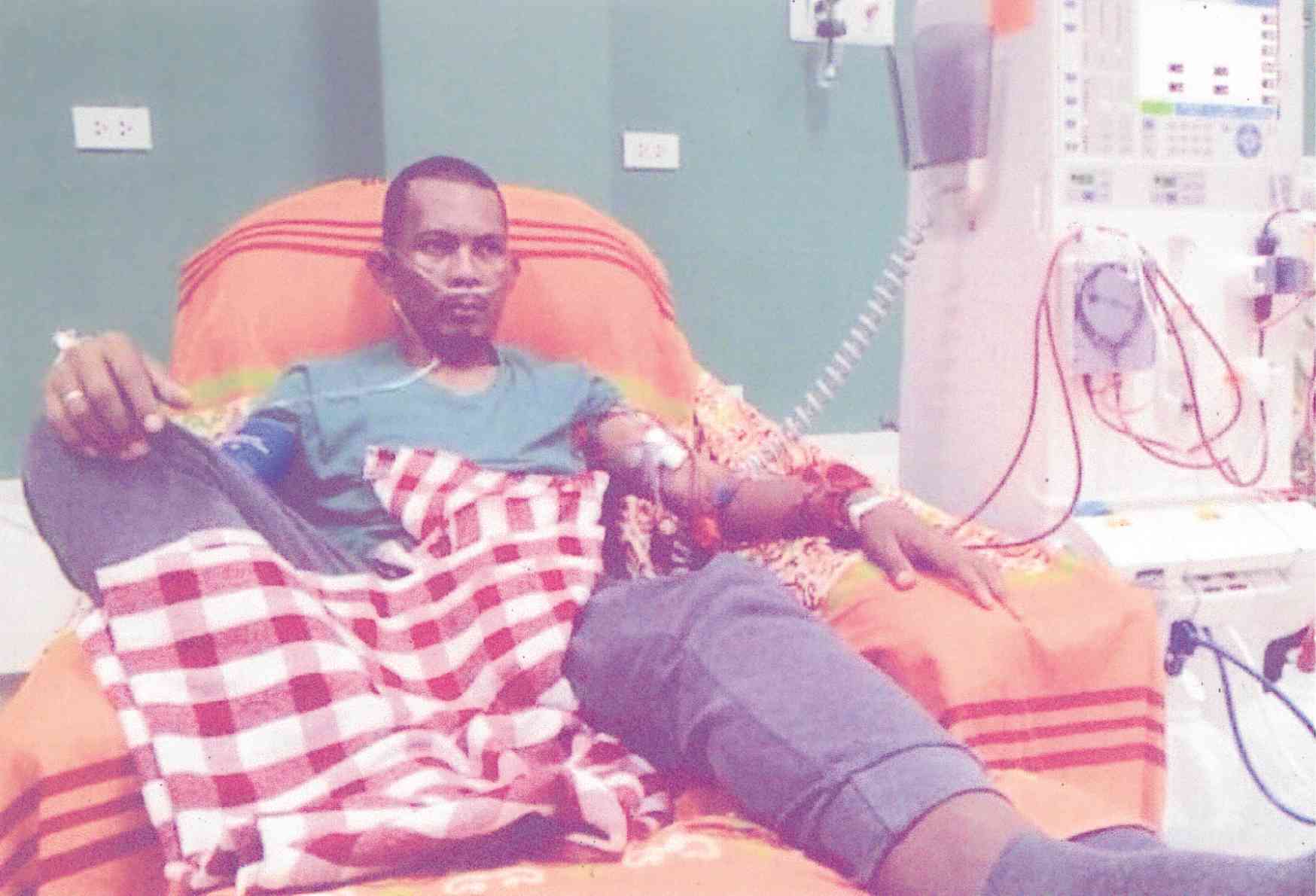 Jolito Aureo, who is suffering from end-stage kidney disease, used to donate blood for his ailing relatives and friends, not knowing that he himself would one day be in need of help.

“He just felt that since we are connected, he must give a part of himself. He has donated blood four times,” said his wife of 15 years, Maria Cristina.

The 33-year-old housewife and Aureo met in 2001 when she was only 15 and working at a salon. At that time, he was a utility man at a straw factory in Pasay City.

“When he got sick in 2018, we went back to his native town of Dagohoy. We were reunited with our children who were left in the care of Jolito’s mother,” Ma. Cristina said.

She told the Inquirer that her 40-year-old husband plied the Pasay Rotunda-Libertad route as a jeepney driver from 2015 to 2018.

“It must have been the oily food he used to eat at  the karinderia and the soda which he drank instead of water most of the time,” she added.