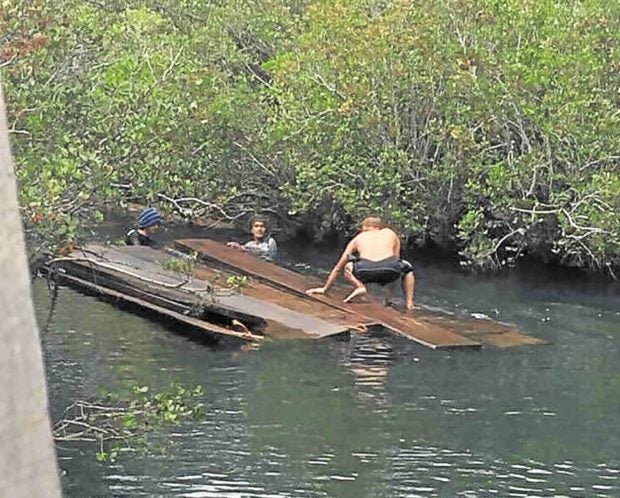 LUCENA CITY—The government’s battle against illegal loggers at the Sierra Madre mountain ranges in northern Quezon will get a boost through an eye in the sky.

The Department of Environment and Natural Resources (DENR) said a team of forest rangers had been equipped with a drone to monitor illegal logging operations.

“With a drone, we were able to locate the hiding place of illegally cut forest products inside a mangrove area in Infanta town,” Lupo Telan, chief of the Community Environment and Natural Resources Office (Cenro) in Real town, said.

A drone, he said, is an effective surveillance and monitoring equipment in the battle against illegal loggers because it captures high-resolution images through its optical and digital zoom lens. A drone has a flight range of about 7 kilometers and a flight time of 30 minutes .

“The drone lessens the risk and danger for forest rangers. We can search the area [using the drone] … before making our move,” Rexmel Telan, a forest technician in Cenro-Real, said in an online interview.

He said the local Cenro started using the drone only in August. Through its images, the Cenro discovered lumber hidden in mangrove areas in the town.

“Most of the pieces of lumber were underwater. But fortunately for us, our drone spotted them because it was low tide when our operator flew it,” Rexmel said.

“We’ve been discovering more as we go inside the mangrove areas,” he added.

Telan said most forest rangers had been receiving threats from illegal loggers, making them vulnerable to attacks especially because they lacked firearms.

The northern Quezon section of the Sierra Madre is considered a hot spot for illegal logging operations. Sierra Madre, which stretches from Cagayan province in Northern Luzon to Quezon in Southern Luzon, is home to the largest remaining tract of old-growth tropical rainforest in the Philippines. —DELFIN T. MALLARI JR.