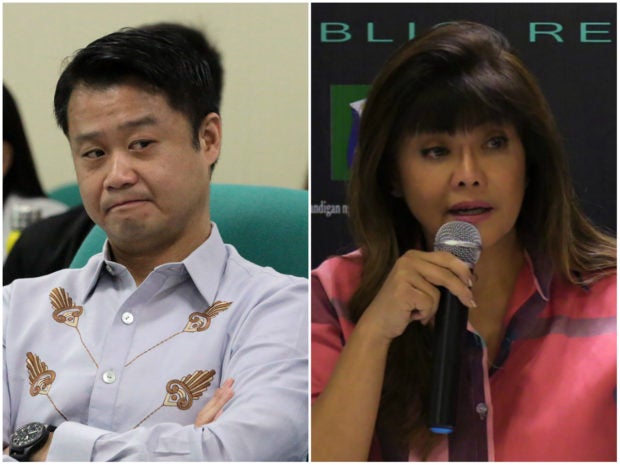 MANILA, Philippines — Two senators on Thursday questioned the need for the Department of Energy (DOE) to pursue and request funding for studies on nuclear power, with one calling it “theoretical” and “likely unconstitutional.”

At the Senate finance subcommittee hearing on the proposed 2020 budget of the DOE, the agency proposed a budget of P97 million for its national energy program, which is almost double its P48 million-budget last year.

Under the program, studies on nuclear power as another source of energy in the country will be conducted.

“Since the department is requesting for another P97 million, meaning the department is pushing ahead with its nuclear energy agenda, so may we be guided kung ano po itong nuclear agenda ho natin (om what is our nuclear agenda)? Are we going forward, what stage are we in?” Senator Gatchalian, chair of the Senate energy committee, asked Energy Secretary Alfonso Cusi said.

He said that the studies include a policy study and a legislative framework study, among others.

Other studies that he noted was one aimed at “aligning our nuclear program to international standards…especially to safety and security,” a study for public awareness and acceptability which he said was an “essential component of going into nuclear power.”

But Senator Imee Marcos said the President himself has been “very, very clear that the Constitution would not like it.”

She was referring to the statement made by President Rodrigo Duterte on his arival home after a five-day visit to Russia where Cusi signed a memorandum of intent with Russia’s Rosatom State Nuclear Energy Corp to explore the possibility of constructing nuclear power plants in the Philippines.

On his arrival, Duterte said the deal may not be constitutional after all.

“The Constitution would not like it. That is why I have to talk to the Cabinet. I cannot affirm or deny that because that’s part of the proposals,” he said.

But Cusi explained during the hearing that Rosatom would only conduct a feasibility study.

“So, it is just a feasibility study. [We are] preparing the country…We are going to all the motion preparing and be able to answer on the issue of nuclear for all possible questions,” he added.

Marcos, however, further questioned why funds should be allocated for the said program.

Gatchalian, likewise, expressed concern on pursuing the possibility of adding nuclear power to the country’s energy mix when the President has yet to decide on the matter.

“The next step is whether to pursue or not pursue, but right now…parang walang direksyon ‘no (it’s like it’s going nowhere) Kung walang direksyon (if there’s no direction) does it mean that we still pursue…is that a tacit signal that we not prusue ‘no,” the senator said.

READ: Duterte yet to give ‘explicit approval’ to go nuclear, says energy chief

“We already spent close to P48 million and then next year it will be P97 (million) so we’ll be spending P135 million on this nuclear agenda.. we (don’t) know whether the President wants to pursue it or not,” he added.

Answering this, Cusi stressed the need to conduct studies on nuclear power.

“If we go to say ‘Okay, tomorrow we go to nuclear…we cannot answer all the questions without all the study so that’s why we are spending money to study that source of power for the country,” he said.  /muf