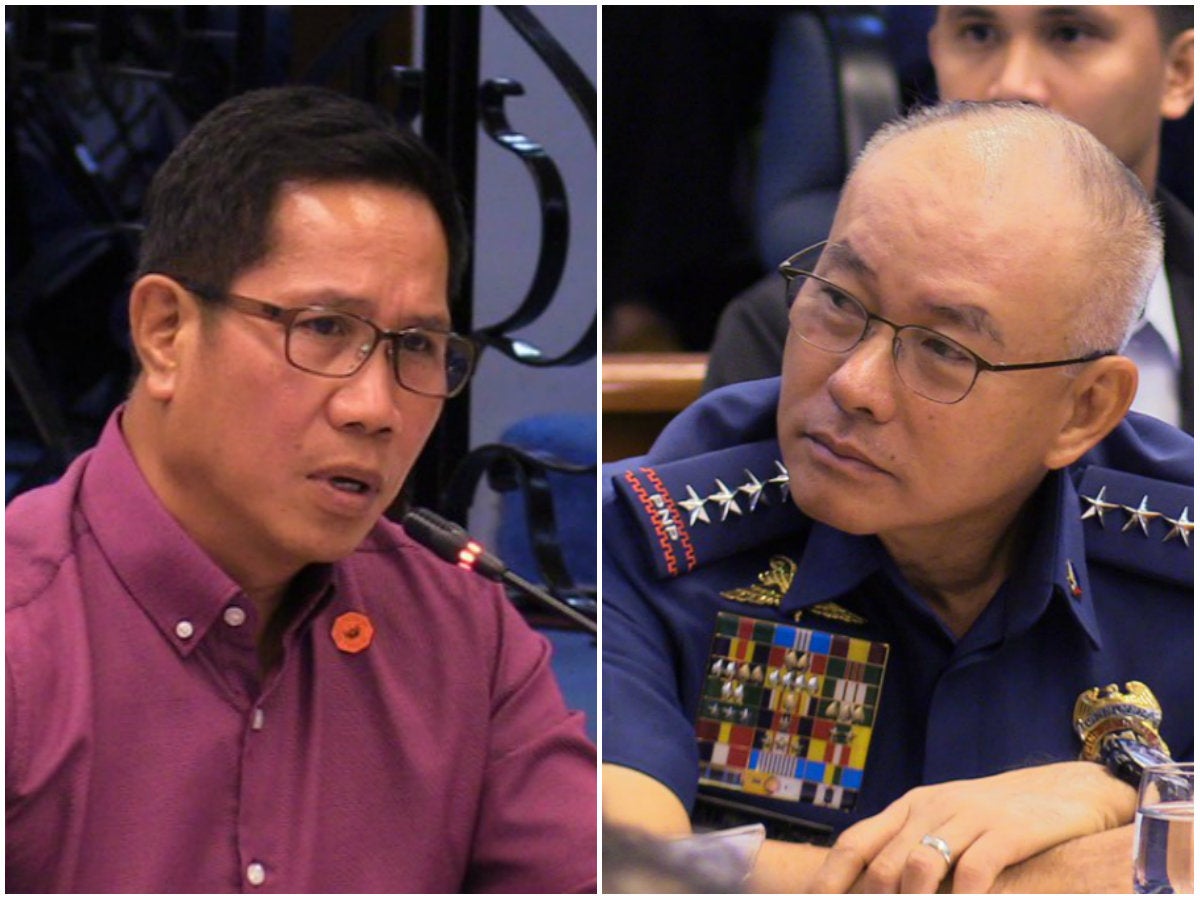 MANILA, Philippines — Given the most recent testimony, senators see efforts to cover up the pilferage of “shabu” (crystal meth) by police officers who confiscated the illegal drug during an operation in Pampanga province in 2013.

They also consider the testimony of retired Brig. Gen. Rudy Lacadin on Wednesday to be credible and damaging to Philippine National Police chief Gen. Oscar Albayalde.

Lacadin testified that Albayalde had admitted to him that he benefited from the pilferage but only got a little.

A lot of weight

Sen. Richard Gordon, chair of the blue ribbon committee that is investigating the activities of the so-called ninja cops, said Lacadin’s words carried a lot of weight.

“A retired general would normally not say that,” Gordon told reporters.

“Leave it as it is because that’s a strong statement, and I left it to itself,” he added.

Gordon said he did not ask Lacadin to elaborate because Albayalde would just deny it.

He also said Lacadin’s statement had value even if made six years later, as it was difficult to speak out when you are alone.

Albayalde, he said, could be held liable for negligence and for graft for benefiting from the shabu pilferage.

Gordon, however, added that the only evidence so far was Lacadin’s statement.

But he said he also believed the circumstantial evidence against Albayalde was strong.

Covering up for each other

Circumstantial evidence shows that Albayalde was part of it, he added.

Gordon noted a practice among police officials to walk on eggshells when it came to wrongdoing by their colleagues.

“They cover up for each other,” he said.

There are times when the cases filed are weak so that the cases would be dismissed, he added.

Lacadin, who investigated the pilferage in 2014, dropped the bombshell a day after Senate President Vicente Sotto III said the senators were expecting “explosive” testimony from new witnesses.

“During the investigation I was conducting, [Albayalde] called me up actually. I cannot exactly remember the conversation, but what I remember was that [he asked me], ‘Sir, I was told that you are investigating us,’” Lacadin told the blue ribbon committee.

‘Only a small amount’

In response, Albayalde told him, “Actually, sir, I only received a small amount.”

Lacadin was then the operations chief of the PNP Criminal Investigation and Detection Group, which was then headed by Benjamin Magalong, now mayor of Baguio City.

Lacadin confirmed Magalong’s statement to the committee that he had ordered Lacadin to “validate” information that some of their personnel were involved in the operation carried out by the intelligence unit of the Pampanga police office, then headed by Albayalde.

“As a friend, it pains me to give statements that might affect the integrity of a fellow officer. But we are seeking the truth,” Lacadin said.

The retired officer declined to be interviewed by reporters after the hearing, saying he did not want to further aggravate the situation.

During the hearing, Lacadin said he was unsure whether Albayalde was just joking.

“General Albayalde told you that ‘I only received a small [amount]?’” Gordon asked Lacadin.

“That’s the only thing I could recall,” Lacadin replied.

‘Someone here is lying’

Albayalde quickly denied telling Lacadin that he benefited from the drug pilferage, and said there seemed to be a “conspiracy” to implicate him in the irregularity.

Defending Lacadin, Magalong noted that Albayalde “lied” when he denied that he phoned Philippine Drug Enforcement Agency chief Aaron Aquino to ask that an order to dismiss his men who carried out the drug raid not be enforced.

“Someone here is lying,” Magalong said in a raised voice.

“I’m pretty sure it’s not General Lacadin. It’s not me. It’s not the other officers, but someone else. It’s him,” he said, pointing to Albayalde, who was seated not far to his right.

Gordon said he had actually been asking the same question since Magalong disclosed the racket of then Supt. Rodney Baloyo, head of intelligence of the Pampanga police under Albayalde, and 12 other policemen who carried out the antinarcotics operation.

He said he also did not understand why it had taken years before a disciplinary action was taken against the erring officers.

Sen. Panfilo Lacson, a former PNP chief, asked Lacadin if he was sure that Albayalde was referring to the operation that Baloyo and the other officers had carried out, as he had stated that he and Albayalde had a business.

“The premise of the conversation was based on the investigation I was conducting,” Lacadin replied.

Pressed by Lacson, Albayalde said he would have signed the dismissal order for Baloyo and the other officers had he known the circumstances surrounding the November 2013 operation.

The operation netted 200 kilograms of shabu, but the policemen turned in only about 40 kilos.

After an investigation, the officers were ordered dismissed in November 2014, but the senators learned that the order was not implemented for two years.

The policemen brought a motion for reconsideration in March 2016, and in November 2017 it was granted by the PNP, which demoted them to a lower rank instead of sacking them.

Lacson said the period from the filing of the appeal to the handing down of the final decision was “far too long not to think there had been intervening events,” and added that the outcome could have been rigged.