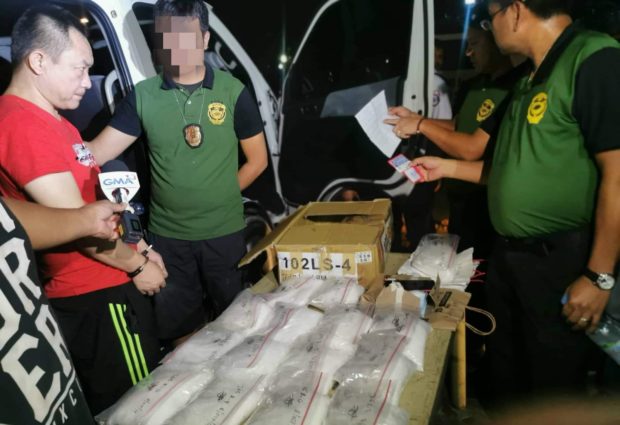 A report from PDEA identified the arrested suspect as Hongbo He, 45, a resident of Bataan.

PDEA NCR director Joel Plaza said authorities placed the suspect under surveillance for three weeks after receiving a tip that the latter is a member of Chinese international drug syndicate linked the proliferation of illegal drugs in Metro Manila.

Operatives of PDEA-Regional Office NCR and Quezon City Police District Station 10 arrested Hongbo at the parking lot of Quezon City Memorial Circle Complex after an undercover agent posed as the buyer of illegal drugs from the suspect.

Seized from the suspect were 15 kilograms of suspected shabu worth P102 million and the marked money used for the buy-bust operation.

The suspect was brought to PDEA RO-NCR while charges for violation of the Comprehensive Dangerous Drugs Act of 2002 were filed against him. /jpv