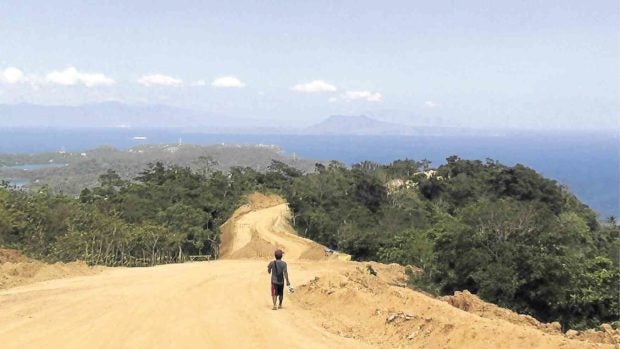 TOURISM WOES Problems related to growth in tourism are being felt in Puerto Galera, Oriental Mindoro province. The government has started a crackdown on business establishments in Puerto Galera for violating rules on easement and waste disposal as part of the rehabilitation of the country’s top destinations. —MADONNA T. VIROLA

CALAPAN CITY, Oriental Mindoro, Philippines — Resorts and establishments in the tourist town of Puerto Galera in Oriental Mindoro province were asked to open up their septic tanks to government inspection to make sure that business operations complied with environmental laws.

Plans were also underway to connect each of around 300 resorts to the central sewer treatment plant in Oriental Mindoro’s top beach destination.

But while work on the sewer pipelines had yet to be completed, sludge, in the meantime, would have to be collected and hauled to the treatment facility that the local government recently opened near Sabang Bay.

He said recent inspections showed that most resorts had been using “bottomless” septic vaults, causing seepage into groundwater for several years.

Untreated wastewater contaminated groundwater or spilled out into the sea, he said.

“It’s tedious, but as I’ve told them (business owners), sa simula lang ito (this will be difficult in the initial stages),” Matias said in a telephone interview on Tuesday.

The EMB, under its new policy, had required business owners to build “bottom sealed” or “watertight” septic tanks before issuing them discharge permits.

Without an EMB permit, business establishments would not be issued a Department of Tourism accreditation and a business permit by the municipal government.

Matias said it was the perfect time to ask business owners to do something about their septic tanks, noting that the business permit renewal period is coming in the next few months.

In 2018, the Department of Environment and Natural Resources’ Task Force Puerto Galera started its massive rehabilitation in Puerto Galera, an offshoot of President Duterte’s order to rehabilitate Boracay Island and other tourist spots across the country.

The task force had since demolished 30 structures over easement violations and issued notices of violation to 235 establishments.

Matias said water quality, particularly in the port area and in the beach area of Sabang, showed an improvement with the coliform level down to 1,900 to 7,900 most probable number (mpn) per 100 milliliters from around 80,000 to 100,000 mpn/100 ml before the rehabilitation.