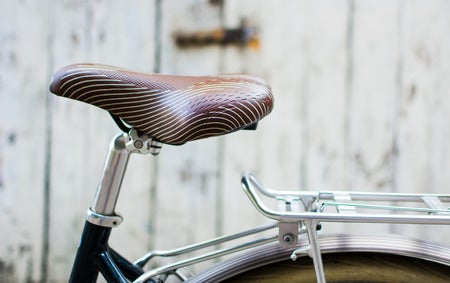 A 61-year-old man was arrested for stealing 159 bicycle seats “as a form of revenge,” after his own seat was swiped.

The arrest followed an incident where Hatori swiped a bicycle seat in Ota Ward last Aug. 29. Footage from a security camera showed Hatori removing a seat from a bicycle and putting it inside his own bicycle’s basket, before leaving the scene. Hatori also had other stolen bicycle seats in his basket, as seen in another security video.

After police took Hatori into custody, they searched his home. The investigation revealed that Hatori had been storing other stolen seats, prior to the one he ran away with in August. As per report, the number of ill-gotten items totaled to 159 pieces.

The stolen bicycle seats ranged from shades of brown to black, as seen during a press conference by the police. One @orangechiryouin shared a photo of the items on Twitter last Thursday, Oct. 3.

As to why he had swiped and kept the bicycle seats, the report quoted his statement to investigators: “I wanted other people to feel what I had gone through, and I stole the seats as a form of revenge.” Ryan Arcadio/JB

ADVERTISEMENT
Read Next
Iran urges Turkey not to go ahead with attack on Syria Kurds
EDITORS' PICK
Gov’t urged to shift public transport system to service contracting
Leveling up your ‘lutong bahay’ with the kitchen companion you never knew you needed
Cherry Mobile teams up with Cloud Panda PH, launches online store
WATCH: Mga eskwelahan na ginawang quarantine facility, binigyan ng dalawang linggo para linisin
MMDA: Commuters to blame for chaos
Crisis seen in absence of jeepneys in Metro Manila
MOST READ
MMDA to sue, slap P1,000 fine on bike group
MMDA: Commuters to blame for chaos
‘I am a natural-born Filipino’ — Gabby Lopez
Calida ‘just the lawyer, not the client’ and must ‘never lose his cool’ – Macalintal
Don't miss out on the latest news and information.