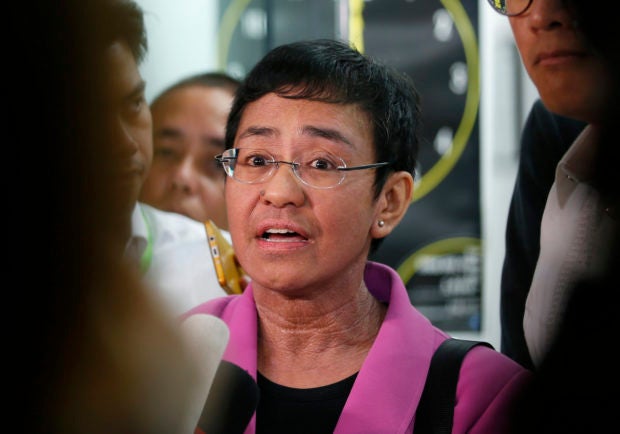 MANILA, Philippines — Finding merit to its motion, the Manila Regional Trial Court (RTC) allowed Rappler chief executive officer (CEO) Maria Ressa to move for the dismissal of the cyber libel charges filed against her and the news website.

In a court order released Tuesday, the Manila Court gave Rappler 10 days to submit a Demurrer to Evidence. 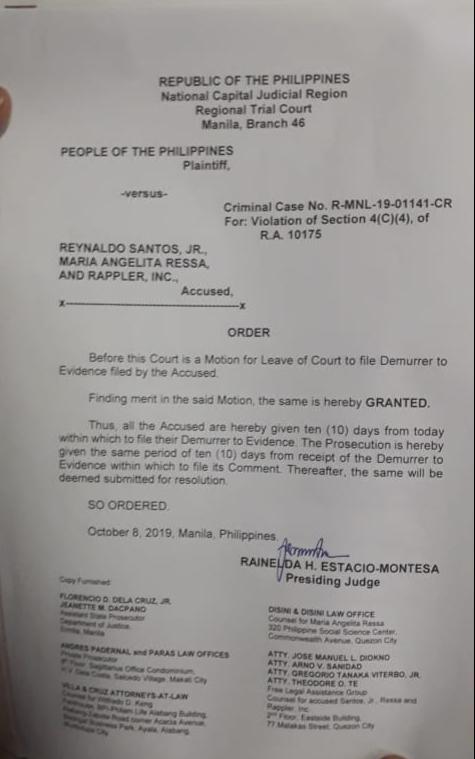 If a court grants an accused’s demurrer, the dismissal of the case will follow.

The cyber libel charge stemmed from a complaint of a businessman named Wilfredo Keng, who was the subject of a 2012 Rappler article titled “CJ using SUVs of a controversial businessman.”

Keng previously denied the allegation and asked the news website to take it down. However, Rappler instead gave an update to the story in 2014.

Ressa previously faced arrest for the charge in February.

The Rappler CEO also faces five cases of tax evasion before the Court of Tax Appeals and the Pasig RTC. /jpv