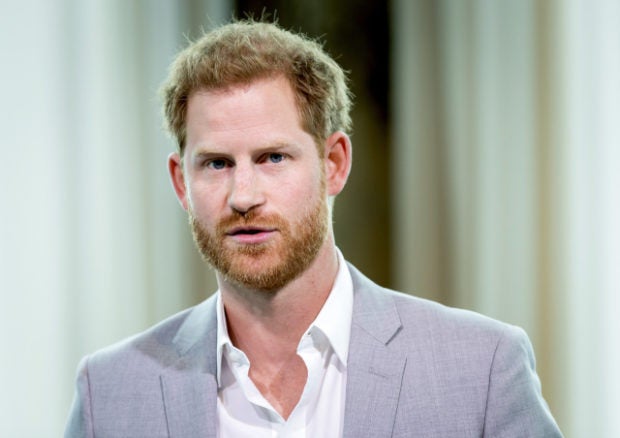 Prince Harry has launched legal action against two British tabloid newspaper publishers, they confirmed Friday, over alleged phone hacking—just days after he condemned the press for critical coverage of his wife.

Harry, 35, extended his campaign against the tabloids with fresh action after suing another newspaper for alleged invasion of privacy.

“We can confirm that a claim has been issued by the Duke of Sussex,” News Group Newspapers, which publishes The Sun daily and the now-defunct News of the World, said in a statement.

“We have no further comment to make at the current time,” it added.

A source at the Daily Mirror newspaper’s publishers Reach told AFP they were aware that proceedings had been issued but they had not yet received them.

The move comes three days after Harry, sixth in line to the throne, launched legal action for invasion of privacy against The Mail on Sunday after it published a letter from his wife Meghan to her father.

It was accompanied by a stinging attack on the tabloid media over its coverage of Meghan — an exceptional move by a member of the royal family.

In it, Harry said the duchess was being hounded by the press in the same way as his mother, Diana, princess of Wales, was before her death in 1997.

“My deepest fear is history repeating itself,” he said.

“My wife has become one of the latest victims of a British tabloid press that wages campaigns against individuals with no thought to the consequences—a ruthless campaign that has escalated over the past year.

“There is a human cost to this relentless propaganda, specifically when it is knowingly false and malicious.”

It came as they wrapped up a tour of southern Africa on behalf of his grandmother Queen Elizabeth II—which was broadly well-received in the British press.

But Harry said positive coverage of the trip “exposes the double standards of this specific press pack that has vilified her almost daily”.

“I have been a silent witness to her private suffering for too long.”

Harry has previously criticized the “racial undertones of comment pieces” about Meghan, a mixed-race U.S. actress whom he married last year.

Commentators have wondered whether Harry went solo or consulted with more senior royals such as Queen Elizabeth, and his father Prince Charles, before penning this week’s outburst.

Royal biographer Penny Junor claimed Harry’s highly personal statement was “probably very ill-judged” and would make his relationship with the press “quite awkward” in future.

While there have been some negative stories about the duchess, the author did not believe there had been a “ruthless campaign to do down Meghan”.

She told PA that Harry “might regret… poking the bear” with his “very over-emotional outburst”.

The Sun, in its editorial on Thursday, hit back at the prince and his “self-pitying petulance”.

“Harry’s war on the press is unhinged. The Queen should have a word before he does the royals even more lasting damage,” the paper said.

“We will call out their hypocrisy when merited. And stories about Meghan’s controversial family are justified.

“Criticism is not ‘bullying’. This precious pair simply need a thicker skin.”

The phone hacking scandal first blew up in 2006, when stories in the News of the World about Harry’s brother Prince William were found to have come from voicemail interception targeting his aides.

It then resurfaced in 2011, as allegations surfaced of hacking operations that went wider than the royals to celebrities and murder victims. It sparked the closure of the News of the World, the Sunday tabloid which had been Britain’s biggest-selling newspaper.

The scandal triggered a mammoth police investigation, a judge-led inquiry and criminal charges that gripped Britain for the next few years.

Hacked Off, which campaigns for tighter press regulation, said Harry’s move “shows how much more of the phone hacking scandal may yet reach the public domain”. NVG