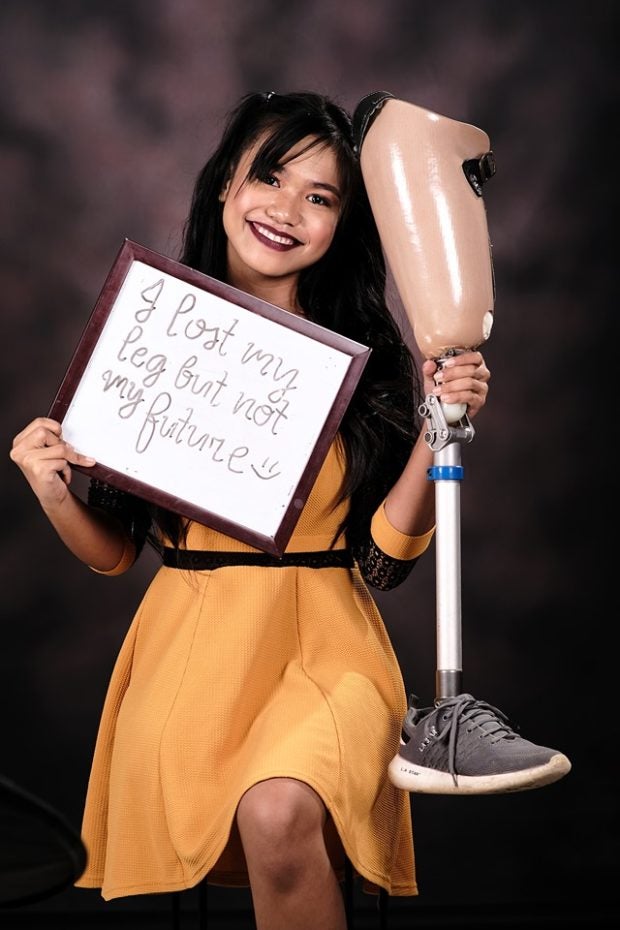 Sjeda Mariñas, an 18-year-old senior high school student of Northeast Luzon Adventist College in Alicia, Isabela, was all smiles as she posed for her creative graduation photo proudly holding her prosthetic leg.”

She may have lost her leg, but that didn’t stop her to pursue her dreams.

Sjeda Mariñas, an 18-year-old senior high school student of Northeast Luzon Adventist College in Alicia, Isabela, was all smiles as she posed for her creative graduation photo proudly holding her prosthetic leg with her left hand. With her right hand, she held a framed placard that says, “I lost my leg but not my future.”

Her graduation photo, posted by Melo S. Studios on its Facebook page, has caught netizens’ attention on Sep. 29.

Without the capillaries, a person’s blood will flow directly into its veins at high pressure, causing the blood vessels to swell under the skin. It may also lead to bursting of one’s blood vessels, resulting in bleeding.

This abnormality in the arteries and veins can happen anywhere in the body, and may affect the small areas such as the fingers, arms and legs. Even the person’s internal organs may be affected if not attended to.

In Mariña’s case, her leg needed to be amputated to prevent heart failure.

(My AVM was bleeding and other complications [occurred] back then, so they had to amputate my leg because my life was already at risk. And if it would not be cut, I might suffer from heart failure in the future.)

Mariñas also recalled getting vascular malformations and sores on her leg due to poor blood circulation, and it even reached a point when her arterial blood pressure rose up.

(Even with slight movements, there was bleeding, and it could already be fatal. I mean, blood was oozing.)

The doctor assured her that her AVM is gone already, but since her illness lasted for a long time, it has left a lot of damages inside her body, that is why she needs to be extra-careful in everything she does, and to avoid physical trauma.  /ra