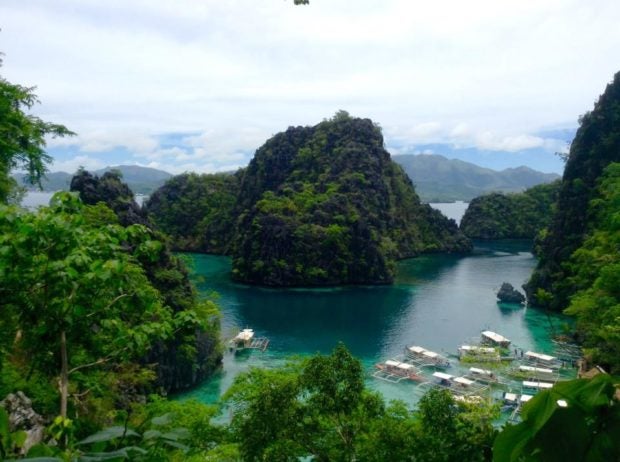 MANILA, Philippines — In an effort to further boost the country’s tourism, the Department of Tourism (DOT) on Friday made public an application that features an augmented reality (AR) version of the country’s top destination sites.

The app was introduced in partnership with iAcademy, with DOT Secretary Bernadette Romulo-Puyat and the college’s Chief Operating Officer Raquel Wong leading the ceremony in the iAcademy Nexus campus in Makati City.

“I met with [people from] iAcademy actually in Intramuros I think about a month ago,  and I was so amazed when they were showing me the AR technology,” Puyat told reporters during the event on how the partnership started.

To use, just tap the app so the camera pop open. Then focus or scan the DOT logo so an AR version of the Philippines’ top tourism sites, such as the Banaue Rice Terraces in Ifugao, Puerto Princesa in Palawan and Siargao Island, will appear in place of the logo.

Aside from featuring top destination sites, Puyat is also eyeing that the app will show an AR version of how historical sites such as Intramuros, Corregidor, and Mt. Samat in Bataan looked like before.

Department of Tourism (DOT) is set to ink deal with iACADEMY, a school that specializes on Computing, Business and Design, to produce films and augmented reality application to deliver cutting-edge promotional materials to help the country’s tourism efforts. #ItsMoreFunInThePhilippines#MoreFunForever#iACADEMYJoinsTheFun#DOTxiACADEMY

Posted by Department of Tourism – Philippines on Wednesday, October 2, 2019

“And that was actually what we wanted for the youth, because we want the young people to go to Intramuros, and with this AR technology, the youth can now  go around, use their phones  and then they can see Intramuros, for example, they can see ruins but they can see how it was before,” she went on to say about using the app.

According to Puyat, the app will be available on both Google Play for Android users and the App Store for Apple users. However, she did not elaborate when the app will officially roll out. /kga