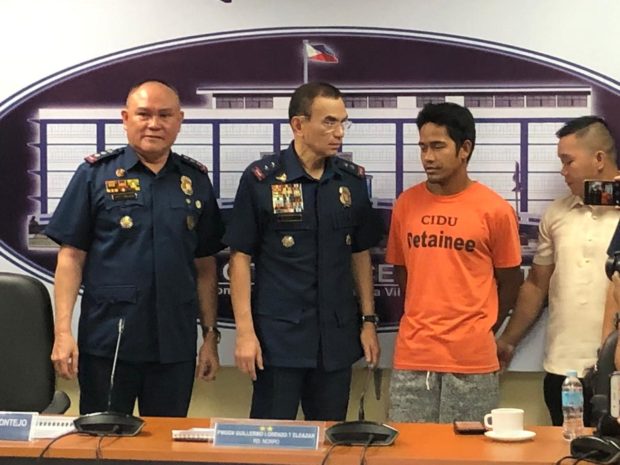 Mullo yielded an unlicensed caliber .45 pistol and a sling bag with a fragmentation grenade.

Montejo said Mullo was among the three members of the terror group under police surveillance in Metro Manila. The two others were arrested in July, he said.

Mullo, who was presented by National Capital Region Police chief Major Gen. Guillermo Eleazar to the media, denied that he was a sub-leader of the terror group and claimed that he was in Metro Manila to live a normal life away from the ASG.

He claimed that he had just moved to Quezon City to attend to his wife who recently gave birth. He claims to be now working in a housing project for the Army Scout Rangers in Kamias and Calumpang, Bulacan which is a project of a construction owned by his wife’s uncle and is based in San Miguel, Bulacan,

Police said Mullo was recruited by the ASG sub-group (Ajang-Ajang Group) initially through social media by ASG sub-leader alias Pading in 2017 while he was in Zamboanga City and has joined ASG operations in Patikul, Sulu.

Mullo will face complaints for violation of Republic Act 10591 or the Comprehensive Law on Firearms and Ammunition and RA 9516 or the Unlawful and Illegal Possession of Explosive. /muf