Magalong says someone approached a hitman ‘to harm him’ 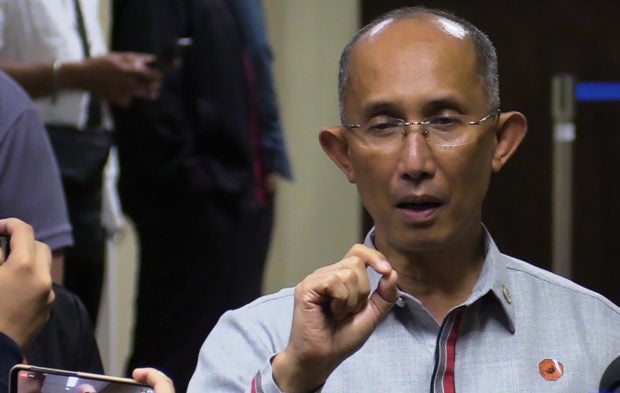 Magalong, now Baguio City mayor, said he received the information Thursday morning, before the Senate resumed its investigation on irregularities in the implementation of the Good Conduct Time Allowance law which has morphed into a probe on policemen recycling seized drugs.

(Just this morning I got a text from my security [officer] who received a text from a gun-for-hire who knows a fellow hitman who was approached [probably to inflict harm on me.])

Magalong said he is not sure if that means there is already a kill order for him, but said the fact that a hitman has been contacted means something.

He added that he just needed to be conscious of his and his family’s security.

“Wala lang galawan ng pamilya [Just don’t harm my family]. They just have to make sure that kung may ginawa sila sa akin eh [that if they will do something to me], I will not survive. Otherwise all hell will break loose,” the former CIDG chief said.

Magalong unearthed before the Senate the irregular anti-drug operation in Pampanga in 2013, when Philippine National Police chief Gen. Oscar Albayalde was the police provincial director.

Aside from Magalong, Philippine Drug Enforcement Agency Director General Aaron Aquino also revealed in the hearing that he received a report that some personalities were plotting to harm his family.

In the same hearing, Aquino retracted his earlier statement and said Albayalde phoned him in 2016 to not implement the dismissal order against 13 police officers involved in the operation.

Albayalde denied this, saying he only asked for the status of the case and that as then regional director of the National Capital Region Police Office, he did not have the capacity to influence Aquino, who is also his upperclassman at the Philippine Military Academy. /jpv