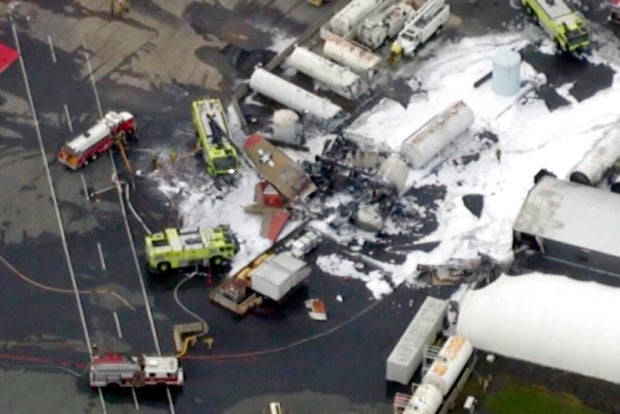 WINDSOR LOCKS, Connecticut — A former police officer and an insurance analyst were among the seven people killed in the crash of a B-17 bomber at a Connecticut airport.

The 60-year-old Mazzone, of East Windsor, retired in January as a prosecutor’s office inspector and previously was a Vernon police officer for 22 years.

The wife of Robert Riddell, an insurance company analyst from East Granby, said in a Facebook post that her husband was among those killed.

Robert Riddell had posted a photo from inside the plane just before takeoff.

The victims’ names have not been officially released, but officials and relatives are beginning to confirm some of them. /jpv