Man sues Apple for ‘manipulatively pushing’ him to be gay 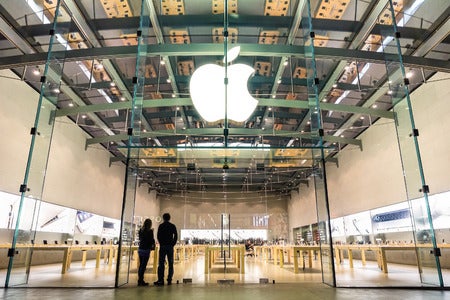 A man is demanding over $15,000 (about P778,000) in damages from Apple, after accusing the company of “manipulatively pushing” him toward homosexuality.

D. Razumilov, from Russia, claimed that he got “mired in same-sex relationships” this year after receiving 69 GayCoins in a cryptocurrency application, as per The Moscow Times yesterday, Oct. 2.

Razumilov downloaded the said application onto his iPhone back in 2017. The 69 units of cryptocurrency came from an anonymous sender with a message that reportedly said, “don’t judge without trying.”

“I thought, indeed, how can I judge something without trying it? And decided to try same-sex relationships,” Razumilov stated in a court document, as per Russian radio station Govorit Moskva via The Moscow Times.

“I can say after the passage of two months that I’m mired in intimacy with a member of my own sex and can’t get out,” he added. “I have a steady boyfriend and I don’t know how to explain it to my parents. After receiving the aforementioned message, my life has changed for the worse and will never be normal again.”

He said that getting into a homosexual relationship has since brought him “moral suffering and harm to mental health.”

Moscow’s Presnensky District Court registered his lawsuit yesterday, as per report. He is set to appear for an interview with the court on Thursday, Oct. 17.  Ryan Arcadio /ra

Woman punches boyfriend singing along to song she disliked; gets arrested