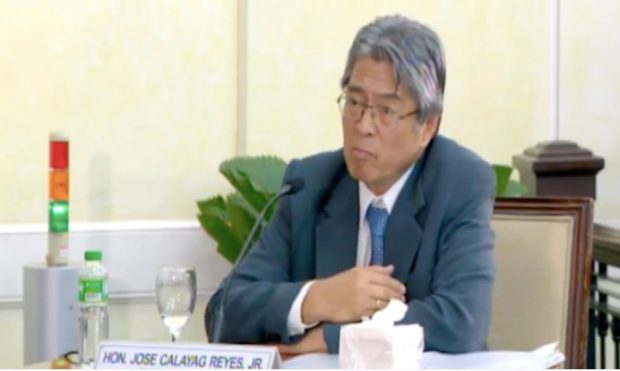 MANILA, Philippines — For a Supreme Court Associate Justice who is vying to become the nation’s top magistrate, two people engaging in premarital sex are immoral.

Associate Justice Jose Reyes Jr. said in a public interview on Wednesday for candidates to the Supreme Court chief justice post that premarital sex is “violative of moral law.”

Reyes was asked about his view on the proposed legislation to ban premarital sex in Indonesia and whether such a law will be constitutional or unconstitutional if adopted in the Philippines.

“A relationship between a man and a woman should end with marriage, Your Honor, meaning even as an individual, I would not allow a relationship that is not based on the law even moral or civil law and canon law,” Reyes pointed out.

“Is premarital sex, to your recollection, between two consenting, unmarried adults violative of the Revised Penal Code or any special law for that matter?” asked retired Supreme Court Associate Justice Noel Tijam.

To which Reyes replied: “I would say it’s violative of moral law, Your Honor, meaning its law and morals, well if two consenting adults lived together, it may either constitute perhaps adultery or concubinage… depending on the circumstances, Your Honor.”

“For me, as a Catholic, it’s immoral for two people to engage in premarital sex,” Reyes said. /kga