MANILA, Philippines–Who will be the next Chief Justice? So far, there are four  Supreme Court justices vying for the top position that will become vacant upon the retirement of Chief Justice Lucas Bersamin on Oct. 18. 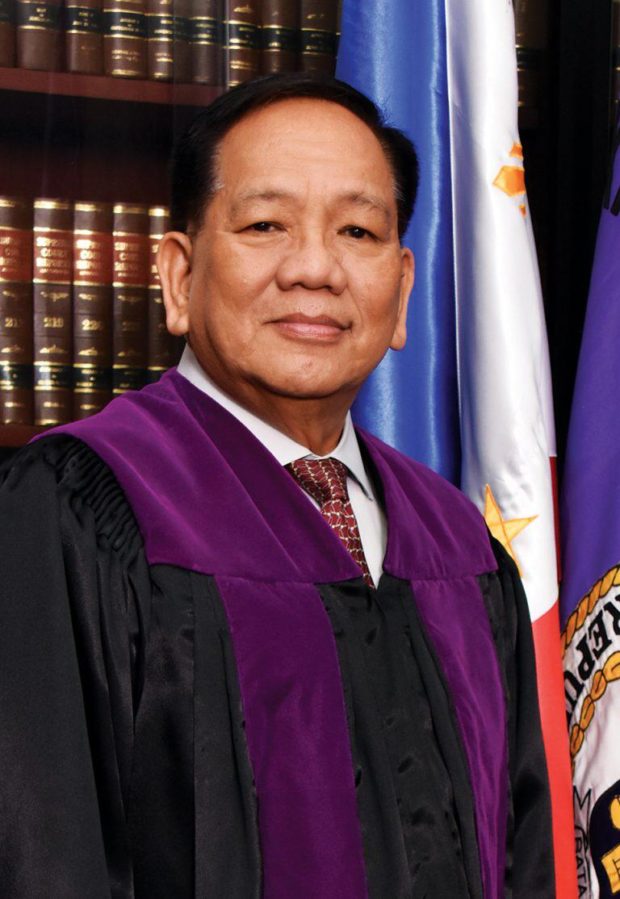 A former Sandiganbayan Associate Justice, Peralta was part of the division that convicted former President Joseph Estrada of plunder.

He rose from the ranks starting as assistant prosecutor in Laoag City and Manila. Peralta then became a Regional Trial Court Judge in Quezon City which was designated as Special Criminal Court on Heinous Crimes. He got the monicker as “hanging judge” for sentencing around 40 people to death.

A former professor of law, his specialty is criminal law. He was chairman of the Bar examination committee in 2014. He hails from Ilocos Norte. 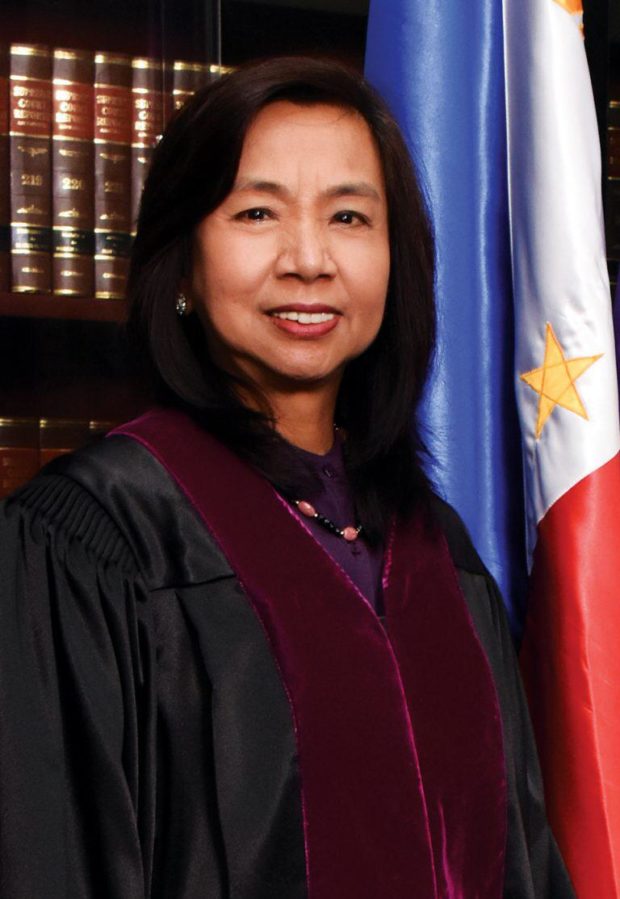 A native of Bulacan, Bernabe graduated from the Ateneo De Manila University’s College of Law. She passed the Bar examination in 1977 with a rating of 85.156 percent.

She started her career as a Technical Assistant in the Office of the Court Administrator of the Supreme Court. She also worked in various private corporations prior to her appointment as Metropolitan Trial Court Judge in 1996. Then, she was promoted to a regional trial court judge of Makati up to 2004. From Makati RTC, she became a Court of Appeals Associate Justice. 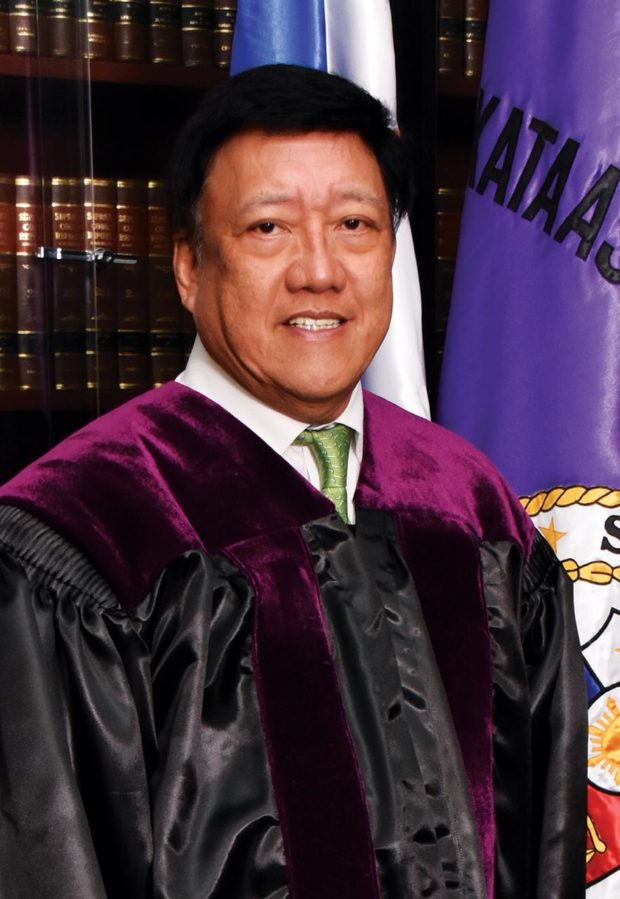 Reyes is the most junior of all the five aspiring chief justice having been appointed only in 2017.

Ha was the third appointee of President Rodrigo Duterte and the first administration’s appointee who graduated from Ateneo.

He was appointed Court of Appeals Associate Justice in 1999 and became its Presiding Justice in 2010.

Reyes stood by his three colleagues who were cited in contempt by the House of Representatives for ordering the release of six Ilocos Norte government employees who were detained in Congress. 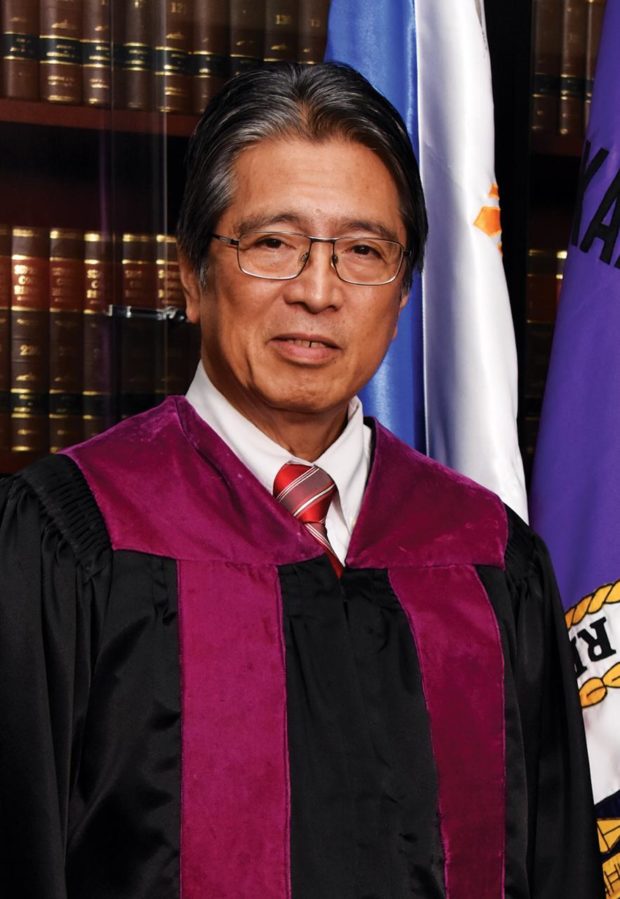 He was one of the most senior justices of the Court of Appeals. His appointment to the Supreme Court has the support of retired Chief Justice Reynato Puno.

Like Duterte, Reyes is a graduate from the College of Law of San Beda College. He was the fifth appointee of the President to the Supreme Court.

He was one of the justices that former Senator Antonio Trillanes have accused of receiving P25 million in exchange for the issuance of a restraining order to stop the implementation of the first preventive suspension order issued by the Office of the Ombudsman against former Makati Mayor Junjun Binay in connection with the Makati parking building controversy.

The then senator was cited for indirect contempt after he failed to substantiate his allegations despite claiming that he has a “panoply of evidence.”

The Judicial and Bar Council (JBC)–the constitutional office mandated to accept, screen, and nominate appointments to the judiciary – has yet to hold a meeting to decide on its official nominees whose names will be submitted to the President.

Under its rule, the council has to name at least three nominees to each vacant post in the judiciary.

Under the Constitution, the President has 90 days from October 18, within which to appoint the replacement of Bersamin. /jpv