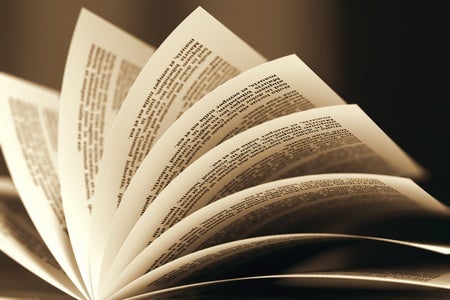 A Change.org petition calling on the Oxford University Press (OUP) to change the “sexist” terms for women in some of its reference works has gathered over tens of thousands of support online.

The petition, “Change Oxford Dictionary’s Sexist Definition of ‘Woman,’” was created by Maria Beatrice Giovanardi and has over 31,000 signatures as of this writing. Gionavardi launched the petition last June, pointing out words that the Oxford’s English Dictionary listed as synonyms for “woman,” Among the words she noted were b*tch, besom, baggage, wench, frail, piece and mare, among many others.

“These are the words which the Oxford’s English Dictionary online tells us mean the same as ‘woman.’ This sexist dictionary must change…,” said Giovanardi then. “These examples show women as sex objects, subordinate, and/or an irritation to men.” 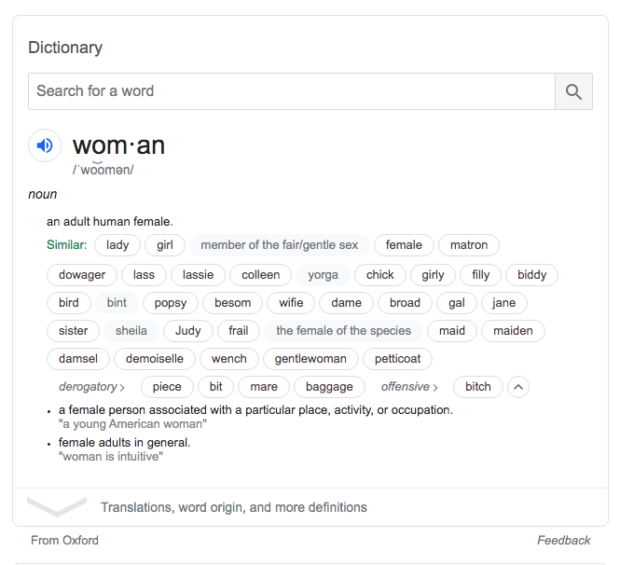 “These misogynistic definitions have become widespread because search engines such as Google, Bing, and Yahoo license the use of Oxford Dictionaries for their definitions,” she added. “This can influence the way that women are spoken about online. Should an institution like the Oxford University Press   portray women this way?”

Giovanardi’s latest update came on Sept. 13, saying there has been no direct response from OUP since the launch of the petition. She, however, has seen some significant changes since then.

For one, she saw that official social media accounts of Oxford Dictionaries have gone “strangely quiet” 10 days after the launch of the campaign. The channels have also stopped responding to people’s comments and tweets when they previously did, as per Giovanardi.

She also saw a subtle change in the search results of Google and Bing when someone searches for a word’s definition or synonym.

“Previously, the definition looked like  it was generated by Google and Bing. Recently, this changed to the definitions and synonyms being credited to Oxford, via a widget saying ‘From Oxford’ (Google) and Powered by Oxford Dictionaries(Bing)…,” she said. “It is important that search engines directly quote their sources, the place from where they get such dangerous content.”

Although Giovanardi did not get a direct response from OUP, a statement from its head of lexical content strategy, Katherine Connor, regarding the petition was shared in a blog post on OUP’s website in August, as per CNN on Sept. 18.

Connor clarified that the content mentioned in the petition does not appear in the Oxford English Dictionary, a scholarly dictionary covering the full history of English. They are instead derived from the Oxford Thesaurus of English and the Oxford Dictionary of English, which cover “contemporary English usage and are accessible online in a variety of formats.”

“Sensibilities regarding language are constantly changing, and our editorial team is always grateful for feedback to ensure that the status of offensive or denigrating terms is clear to our readers…,” said Connor. “Our editors are investigating whether there are senses of woman which are not currently covered but should be added in a future update.”  Cody Cepeda /ra

Merriam-Webster: ‘Justice’ is word of the year

Read Next
Albayalde dares Magalong: Show proof, photo that I bought SUV in 2013
EDITORS' PICK
A massive highway complex makes living in the South highly attractive
Beyond the Chocolate Hills: A farm-to-table, heritage culinary adventure of Bohol
WHO says monkeypox is not yet a health emergency
House energy committee chair Arroyo bats for cheap electricity
Metro Manila logged most number of new COVID-19 cases — OCTA Research
Guarding Sara: Why next VP is getting own security team
MOST READ
Leon Barretto steps up for sisters, asks dad Dennis Padilla: ‘Please stop resorting to public shaming’
LOOK: Rita Daniela pregnant with first child
Marjorie Barretto to speak up on Dennis Padilla, kids’ relationship ‘in time’
Guarding Sara: Why next VP is getting own security team
Don't miss out on the latest news and information.