LOOK: Hordes of commuters wait for a ride as jeepney drivers hold strike 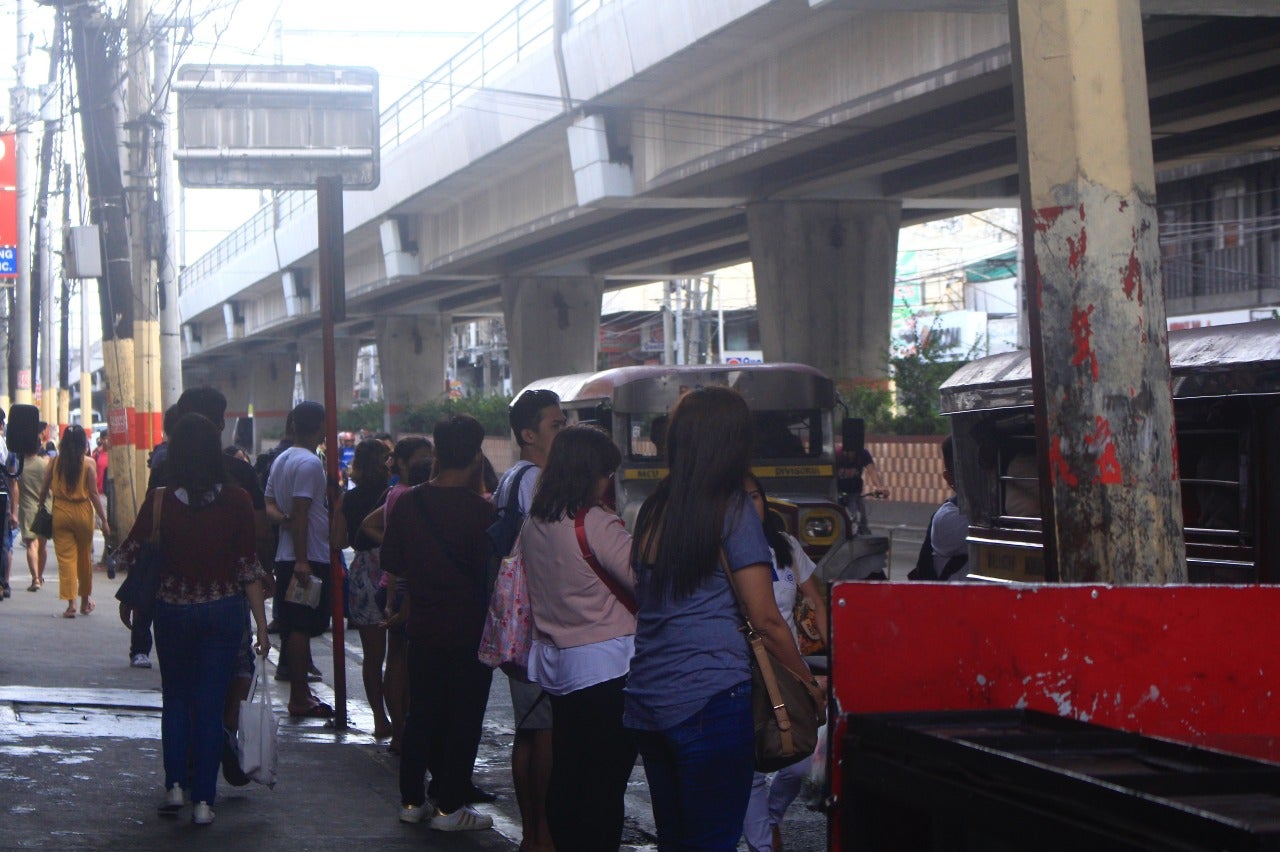 A horde of commuters waits for a ride as only a few jeepneys arrive near the LRT-1’s 5th Avenue Station in Caloocan City. (Photo by Gabriel Pabico Lalu/ INQUIRER.net)

In Caloocan City, hordes of commuters waiting for a ride were seen near the Light Rail Transit (LRT) 5th Avenue and Monumento Station. Around 30 members of Pinagkaisang Samahan ng mga Tsuper at Operator Nationwide (Piston) and other cause-oriented groups are staging a protest near the Bonifacio monument in the city.

Some commuters have been forced to hang on the jeepney’s railings just to reach their destination.

In Quezon City, despite class suspensions in various schools inside Metro Manila, commuters still find it hard to find jeepeneys, especially along Commonwealth Avenue, where Piston and other members of the Alliance of Concerned Transport Organization (ACTO) are staging their protest.

The protesters, mostly drivers and operators of jeepneys and UV Express vehicles, are opposing the government’s jeepney modernization plan. Under the proposal, 15 year old or older vehicles are required to comply with Euro 4 standards, in an attempt to reduce harmful engine emissions.

However, while the transport groups say they are not against modernization, they say that it is only a deliberate attempt to phase out jeepneys and UV Express. Group leaders expect that 240,000 jeepneys and 80,000 UV Express vehicles would be affected by the program. 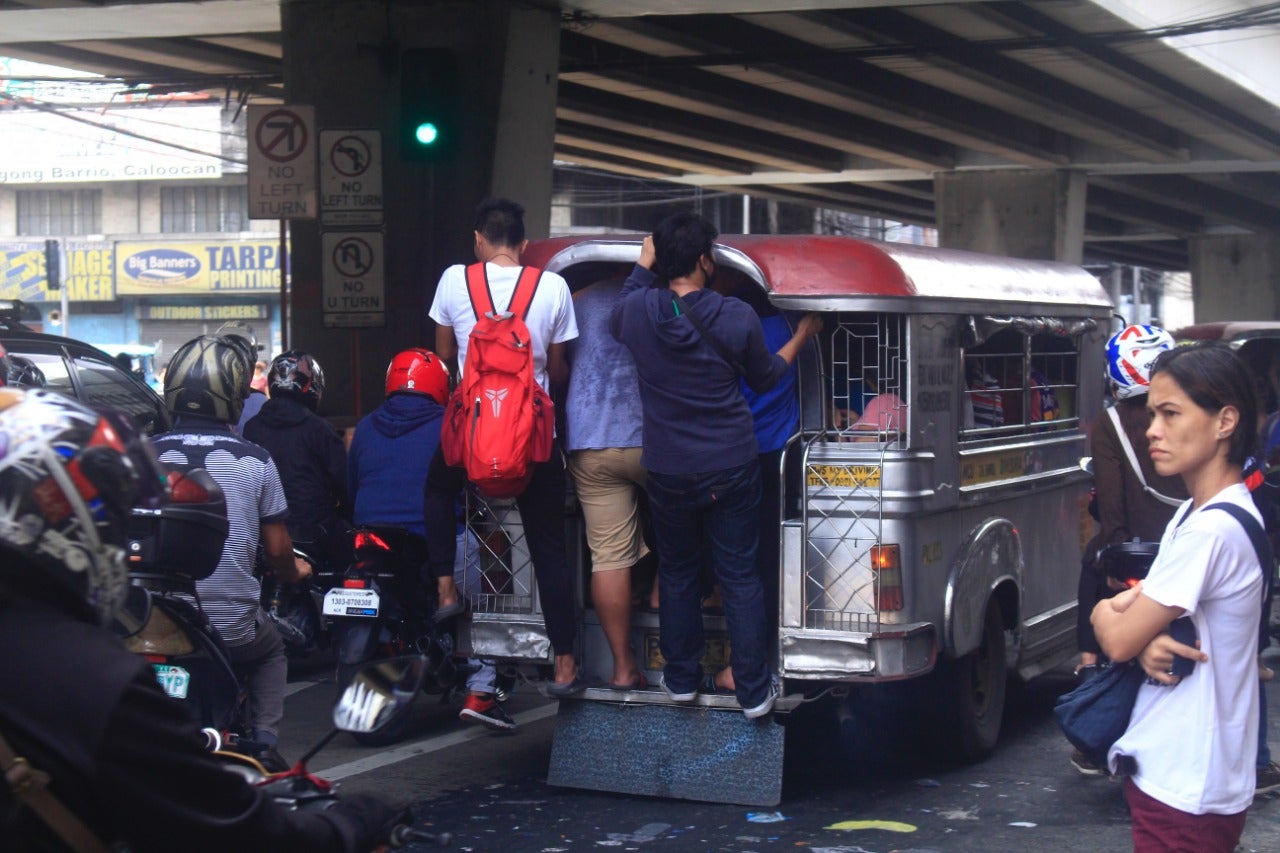 Some commuters are forced to hang on the metal railing of the jeepney just to get to their destination. (Photo by Gabriel Pabico Lalu/ INQUIRER.net)