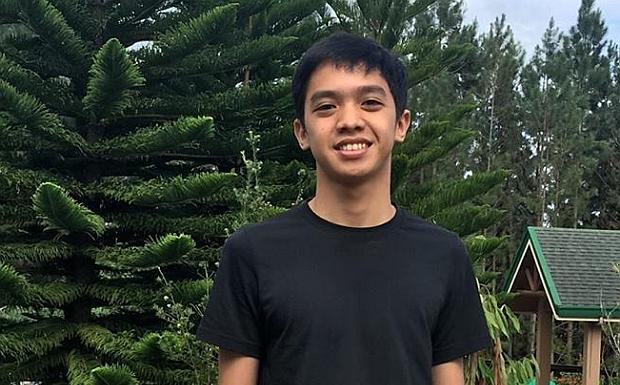 BAGUIO CITY, Philippines — The Baguio City Police Office has completed 90 percent of its investigation on the death of Cadet 4th Class Darwin Dormitorio allegedly in the hands of his upperclassmen at the Philippine Military Academy (PMA), according to Col. Allen Rae Co, the city police chief.

Co told reporters on Friday that the police would file a case of violation of the Anti-Hazing Law and possibly murder against six suspects in the alleged hazing of Dormitorio that led to his tragic death on Sept. 18.

“It was hell for him,” Co said. “Based on his movements, which we have retraced, this cadet was really strong. He had a strong will and a strong body, actually,” Co said, speaking partly in Filipino.

Following is a timeline of the “hell” that the 20-year-old Dormitorio went through, as reconstructed by the police.

Cadet 1st Class Axl Rey Sanupao told Dormitorio to report to him over a missing pair of combat boots he entrusted to the plebe around a week ago. The senior cadet was angered since Dormitorio could not show him the boots.

Sanupao then told the two third-class cadets to take the plebe to their room, where the alleged maltreatment happened.

Later, Sanupao saw Dormitorio on the ledge outside the room. He ordered the plebe to do squat thrusts.

Dormitorio, still reeling with pain, could only do five repetitions of the exercise.

According to Co, Dormitorio told Sanupao in Filipino: “Sir, I can’t do it anymore. It already hurts.”

An unnamed first-class cadet then told Dormitorio to go inside the room of a second-class cadet where he could lie down. But then lying on the bed of an upperclassman is considered a serious offense.

The second class cadet, whose identity is still being withheld by the police as of this writing, then saw Dormitorio lying on his bed and ordered him to get up.

Dormitorio could not get up and instead fell down on the floor as the other cadet pulled him up.

Dormitorio was taken to the PMA station hospital, where he was diagnosed as having urinary tract infection.

Dormitorio was released from the hospital.

Another unnamed cadet, apparently questioning why Dormitorio had to be taken to the hospital for UTI, saw the plebe sitting on the floor. He kicked and hit him on the head to call his attention.

Despite the maltreatment Dormitorio suffered, Co said the cadet was still able to join the regular activities in the academy later that evening.

Dormitorio got his genitals electrocuted with a taser.

“Maybe this is when his body really gave up,” Co said.

Other cadets saw Dormitorio vomiting and complaining of a stomach ache.

Dormitorio did not respond to the “rise and shine” call for cadets and was found unconscious inside his room.

Dormitorio reached the hospital where he was taken by other cadets.