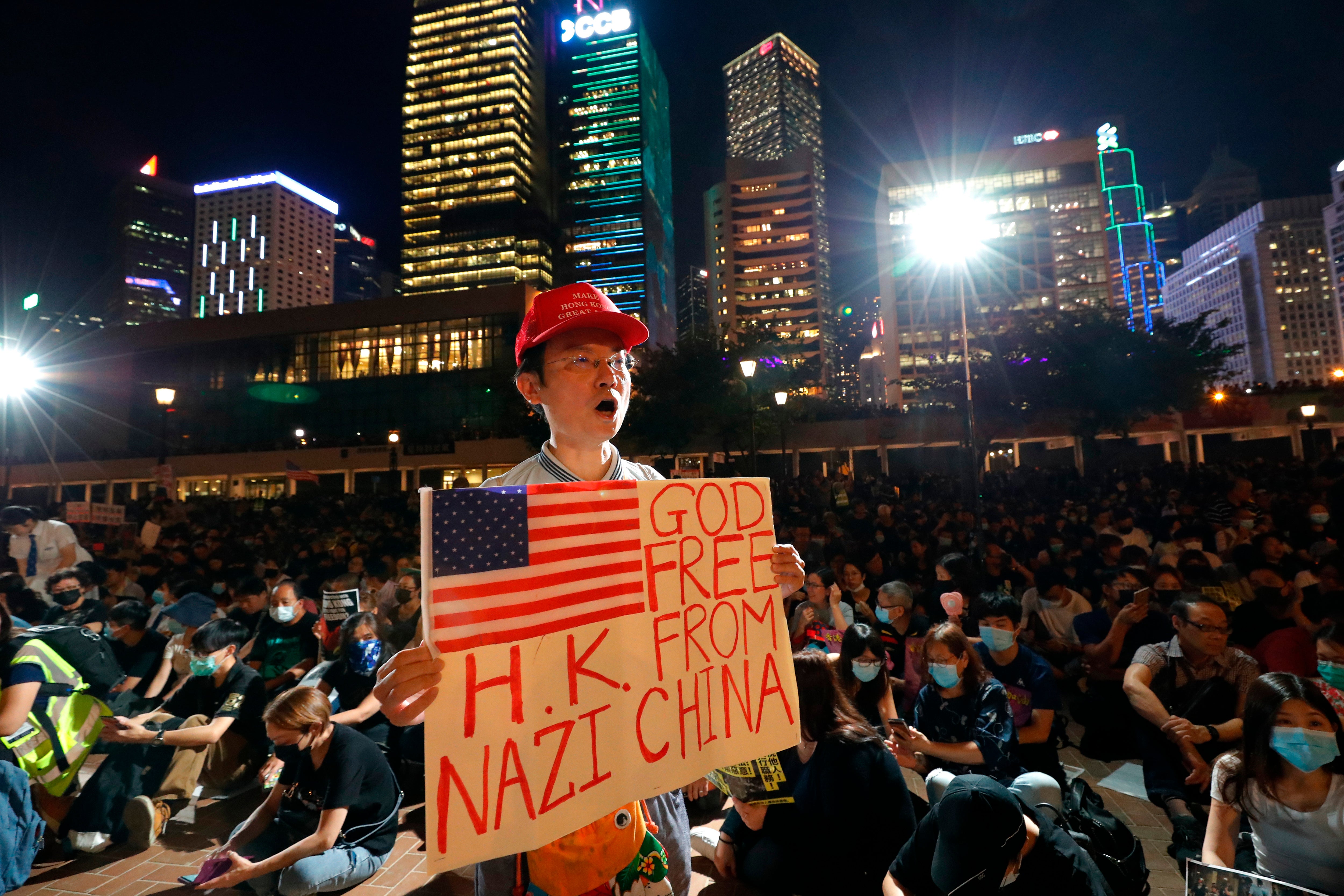 A protester holds a placard while singing as during a rally at the Edinburgh Place in Hong Kong, Friday, Sept. 27, 2019. Hong Kong police said Friday that students account for 29% of nearly 1,600 people detained in anti-democracy protests since June and urged young people to take the “straight and narrow path” as more major rallies loom this weekend. (AP Photo/Vincent Thian)

HONG KONG — Hong Kong police said that students accounted for 29% of nearly 1,600 people detained in pro-democracy protests since June and urged young people to take the “straight and narrow path” as more major rallies are planned this weekend.

Police public relations chief Tse Chun-chung said Friday that 207 high school and university students were detained this month alone despite the resumption of classes after the summer holiday, compared to 257 over the June-August period.

He said there was a rise in teenagers participating in violent crimes, with some already charged in court. This included a 16-year-old charged with arson, which carries possible a life imprisonment, a 13-year-old girl charged with desecrating Chinese flags and others with attacking police officers and carrying dangerous weapons.

“It is an alarming trend to us,” he said at a news conference. “It is worrying to see these youths breaking the law and possibly having criminal records at such a young and tender age. We appeal to all youngsters to rethink their actions and hope the education sector and parents will help our young people to walk the straight and narrow path.”

Young people have largely led the protests that started in June over a China extradition bill that the government has since agreed to withdraw. But the movement has since drawn wider participation as it snowballed into a wider anti-China campaign against what protesters say is

Protesters have widened their demands to include direct elections for the city’s leaders and an independent inquiry into police use of force against protesters.

Thousands of people staged a peaceful protest at a downtown square Friday night against alleged abuse of power by police, waving anti-police banners and chanting pro-democracy slogans. The government has said complaints against police will be examined by a police watchdog agency that critics say is toothless and has no real investigative powers.

Police have approved a major rally in downtown Hong Kong on Saturday organized by the Civil Human Rights Front to mark the fifth anniversary of the start of the Umbrella Revolution, when protesters occupied key thoroughfares in the city for 79 days in 2014 to demand universal suffrage. That movement ended without any government concession.

Protesters are also organizing “anti-totalitarianism” rallies in Hong Kong and many cities worldwide on Sunday against what they denounced as China’s tyranny.

Tse appealed to protesters to stop hijacking peaceful protests, like what happened in previous rallies when some lobbed gasoline bombs, set off street fires and vandalized public utilities.

Police have responded with tear gas, water cannons, and other measures, prompting complaints from protesters that they are using excessive force.

The Civil Human Rights Front is also planning another big march on Oct. 1, sparking fears of a bloody showdown that could embarrass China’s ruling Communist Party as it marks its 70th year in power with grand festivities in Beijing. The Hong Kong government has scaled down National Day celebrations by calling off an annual firework display and moving a reception indoors.  /muf