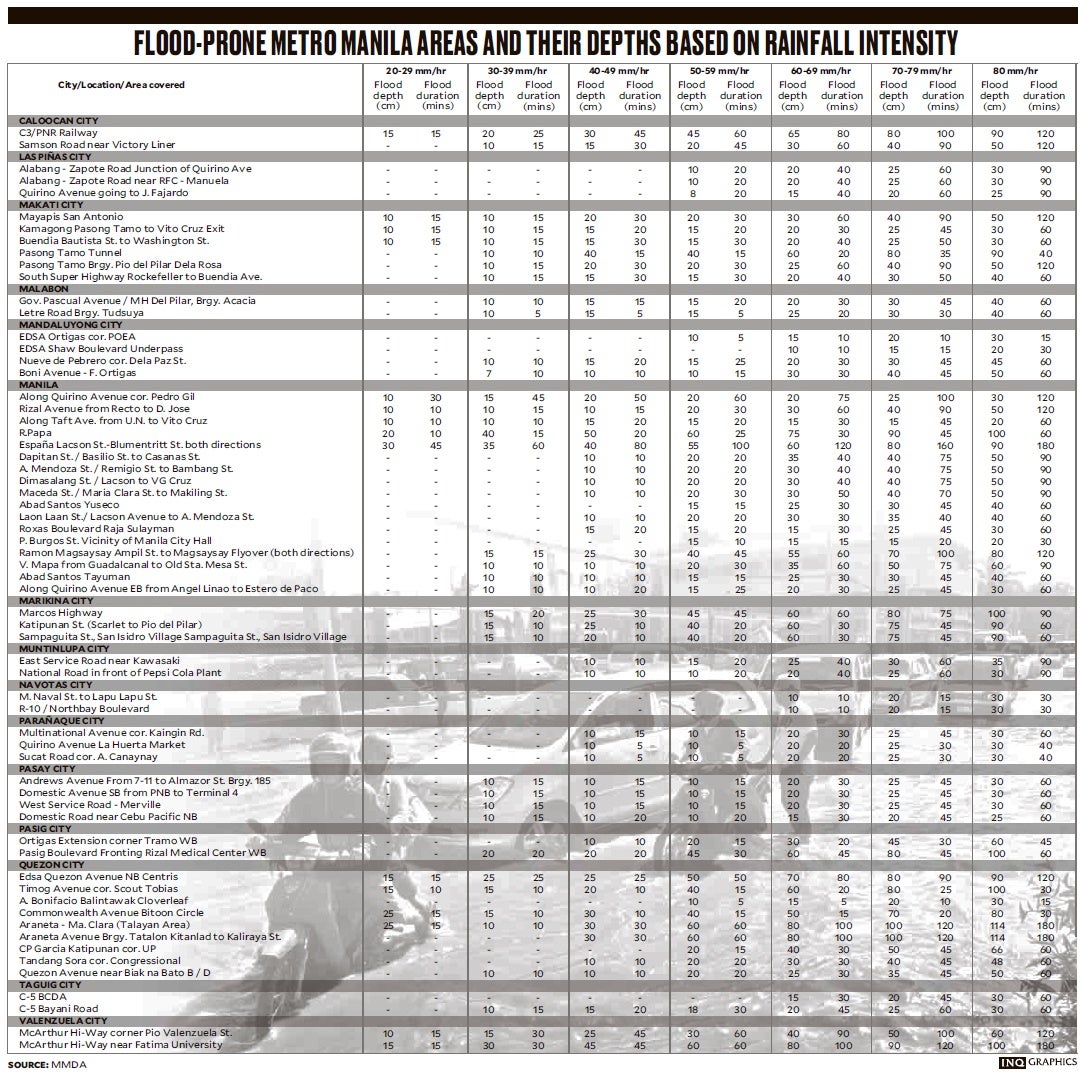 Around 11 a.m., Jackeline Parilla, three months pregnant, briefly noted the floodwaters outside her home in Barangay Industrial Valley Complex, a stone’s throw away from Marikina River. But within minutes the waters rose and spilled into her home and others nearby, and reached the level of her waist.

A fearful Parilla had her 9-month-old son brought to her neighbor’s house just in time. The murky waters quickly surged up to her chin; she fought to live as panic and confusion churned in her head.

“I was so shocked that the waters just swiftly rose. I couldn’t explain why it was all happening so fast,” she said a decade later, recalling the onslaught of Tropical Storm “Ondoy” (international name: Ketsana).

It didn’t take long for the community, along with the rest of Marikina, to turn into a vast, muddy sea—an unprecedented event even for the city in a valley that had long been resigned to perpetual battle with floodwaters.

Ten years since Ondoy, painful memories of struggle and survival are still the common thread among residents of Metro Manila. Before Ondoy, the Philippines’ political and economic center had not experienced the sort of devastation that temporarily paralyzed even the national and local governments.

But 10 years later, the government has yet to fulfill the tedious yet necessary task of raising the national consciousness beyond mere disaster thinking and response.

Climate change and disaster experts agree that the shock and hurt caused by Ondoy gave birth to legislation aimed at addressing the country’s growing vulnerability to disasters and extreme weather events.

The urgent political push was mainly because Metro Manila bore the brunt of the devastation, the experts say. It made the pain more severely felt, even as stronger disasters had earlier pummeled other cities and provinces.

“We were only passive and reactive in dealing with disasters, such as providing relief to affected areas afterward” she says. “Then Ondoy became an eye-opener for everybody.”

Less than a month after the storm, the Climate Change Act creating a policymaking commission chaired by the President was passed. The law recognizes the close interrelation of climate change and disaster risk reduction and the country’s vulnerability to the potential dangerous consequences of climate change, such as rising seas, changing landscapes and increasingly severe droughts.

The following year, Republic Act No. 10121, or the Philippine Disaster Risk Reduction and Management Act, was also passed, finally setting the framework for disaster management in the country. The law goes beyond mere response and broadly includes disaster prevention, mitigation, preparedness, recovery and rehabilitation.

But nearly a decade into these two laws, both Fiel and Constantino agree that more has to be done in terms of realizing their full potential in addressing the Philippines’ vulnerabilities to the climate crisis and natural and human-induced disasters.

“While we have surpassed the very limited thinking of climate change as an environmental issue, we got stuck in seeing the climate crisis as an issue of disasters,” Constantino observes. “That is one of the biggest falsehoods—that climate change is the same as disasters.”

Extreme weather events such as typhoons had been linked to the increasingly warming planet, but slow-onset events, such as rising sea levels, ocean acidification and drought also threaten millions of Filipinos even if these do not have the “drama of calamity.”

Constantino warns that with the fixation on extreme disasters, neglecting other climate-related events, which are mentioned in the Philippines’ 10-year climate change law itself, will exacerbate other issues, such as food security.

Lessons that should have been learned from Ondoy should have also led cities in Metro Manila to actually change in the 10 years that passed, such as incorporating more green spaces to absorb floodwaters, he says.

The opposite has taken place in the past decade of rapid urban development, where more and more concrete was poured over green spaces in the choking metropolis.

“When we remember Ondoy, do we remember that our clogged waterways were part of the reason it was more severe than it should have been? I don’t think so,” Constantino says, noting that the now-persistent problem of single-use plastics and wastes have come to the fore only in recent years.

Fiel points out that despite the gains in DRRM efforts, much has to be done in actually addressing the gaps for the law’s full implementation. A standout problem is the persisting politics in local governments, where disaster pre paredness remains dependent on a politician’s priorities and pet projects.

“Local politicians are not keen on disaster preparedness because it does not boost their image,” she says. “When you give people 2 kilos of rice with the mayor’s name slapped on its plastic bag, that’s what people remember.”

Congress has also failed to conduct a sunset review of RA 10121, which should have been done within five years of the law’s effectivity.

In its place, over 50 organizations under the Disaster Risk Reduction Network Philippines (DRRNetPhils), which includes the CDRC, conducted an unofficial review in 2015, noting particular challenges at the local level, such as the lack of awareness or differences in understanding of climate change adaptation and DRRM.

The groups also stressed the need to capacitate local DRRM councils and the urgency for more investments in disaster prevention, mitigation and preparedness, rather than in response and recovery.

Another thing the Duterte administration is keen on is the creation of a Department of Disaster Resilience that will supposedly speed up postdisaster response and rehabilitation efforts.

The DRRNetPhils has issued a position paper stating that the bills filed in the Senate to that effect were “deeply flawed” and “unacceptable. In particular, it said the proposal for the new department would only reverse the gains of current legislation and shut out civil society organizations from discussions on climate and disaster.

Under the proposed bills, the National Disaster Risk Reduction Management Council as well as the Climate Change Commission will be dissolved to give way to the new department.

But Fiel says: “What is the basis to change the law when they did not even review it? What we noticed with previously filed bills is that they appear to bring us back to efforts that only emphasize disaster response.

“They do not build up on the gains of the current law. It’s as if we are ignoring the efforts we made in the past 10 years.”

For Constantino, the proposal for the new department is “pre-Ondoy thinking at worst.”

“At best, it’s as if Ondoy just took place yesterday,” he says. “If you create a department, it becomes the garbage bin of everyone else who doesn’t want to deal with disasters and climate.”