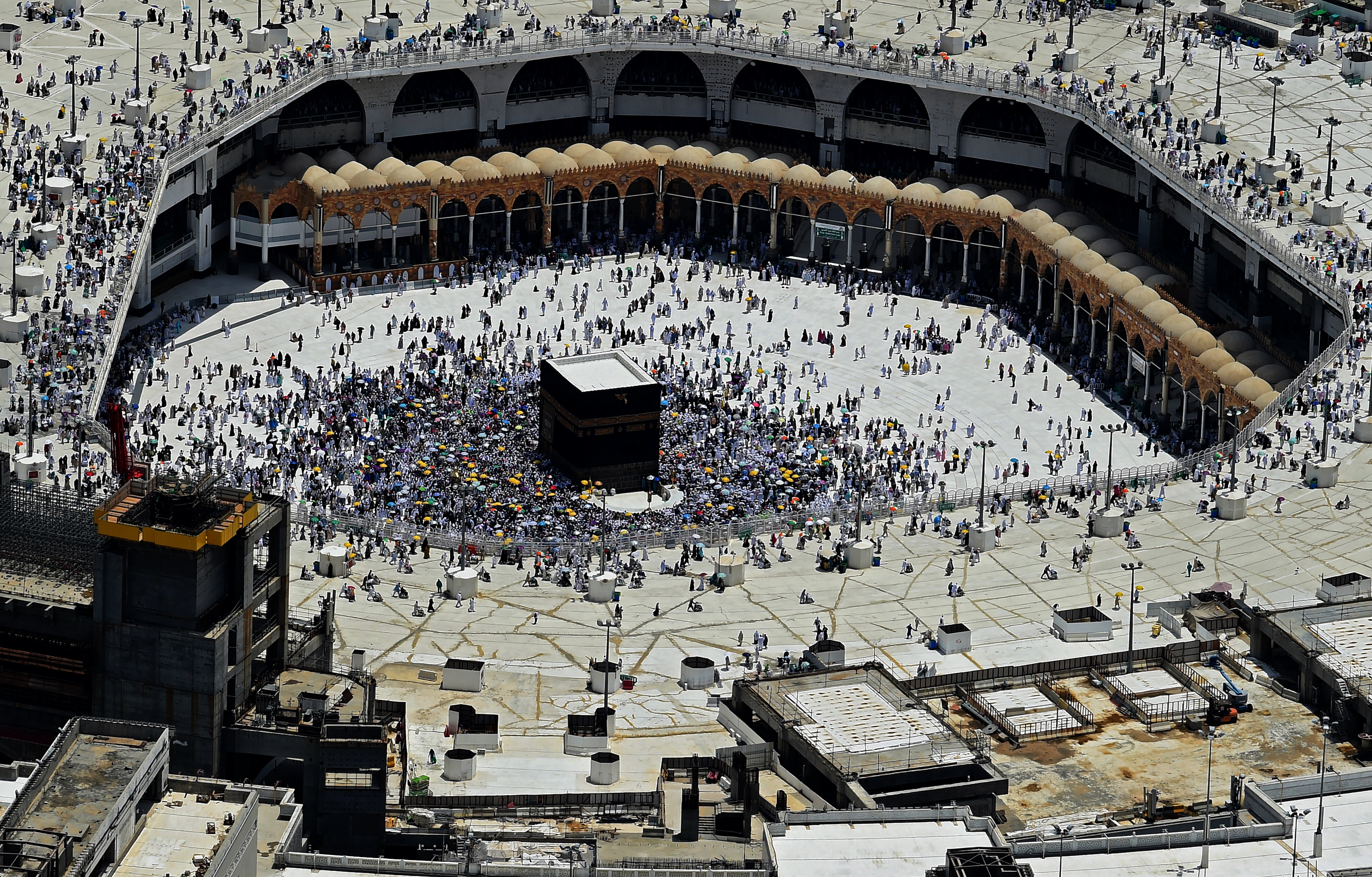 This picture taken on August 12, 2019 shows an aerial view of the Kaaba, Islam’s holiest shrine, and its encompassing Grand Mosque in Saudi Arabia’s holy city of Mecca during the climax of the annual Hajj pilgrimage. (Photo by FETHI BELAID / AFP)

RIYADH, Saudi Arabia — Saudi Arabia said Friday it will offer tourist visas for the first time, opening up the ultra-conservative kingdom to holidaymakers as part of a push to diversify its economy away from oil.

Kickstarting tourism is one of the centerpieces of Crown Prince Mohammed bin Salman’s Vision 2030 reform program to prepare the biggest Arab economy for a post-oil era.

“Opening Saudi Arabia to international tourists is a historic moment for our country,” tourism chief Ahmed al-Khateeb said in a statement.

“Visitors will be surprised… by the treasures we have to share — five UNESCO World Heritage Sites, a vibrant local culture and breathtaking natural beauty.”

Khateeb said the kingdom will also ease its strict dress code for foreign women, allowing them to go without the body-shrouding abaya robe that is still mandatory public wear for Saudi women.

Foreign women, however, will be required to wear “modest clothing”, he added, without elaborating.

Visas in the desert kingdom, endowed with rich bedouin heritage and archaeological sites, are currently restricted to expat workers, their dependents and Muslim pilgrims travelling to holy sites in Mecca and Medina.

In a rare move, Saudi Arabia last year began issuing temporary visas to visitors to attend sporting and cultural events in a bid to kickstart tourism.

But the austere kingdom, which forbids alcohol and has a strict social code, is seen by many as a hard sell for tourists.

Prince Mohammed is seeking to change that through a sweeping liberalization drive that has brought new cinemas, mixed-gender concerts and sporting extravaganzas to Saudi Arabia.

International criticism of the kingdom’s human rights record, including the gruesome murder last year of critic Jamal Khashoggi and a crackdown on female activists, could further put off foreign visitors, observers say.

Fears of a regional conflict after the September 14 attacks on state oil giant Aramco may also dampen the kingdom’s appeal to holidaymakers.

The government, reeling from low oil prices, says it hopes tourism will contribute up to 10 percent of the gross domestic product by 2030, compared to three percent currently.

It says by 2030 it aims to attract up to 100 million annual visits by both domestic and foreign tourists.

But the kingdom currently lacks the infrastructure to accommodate visitors in such high numbers, with officials estimating 500,000 new hotel rooms will be required nationwide over the coming decade.

The sector is expected to create up to one million tourism jobs, the government says, as it battles high youth unemployment.

Saudi Arabia has splurged billions in an attempt to build a tourism industry from scratch.

In 2017, the kingdom announced a multi-billion dollar project to turn 50 islands and other pristine sites on the Red Sea into luxury resorts.

Last year, construction of Qiddiya “entertainment city” was launched near Riyadh, which would include high-end theme parks, motor sport facilities and a safari area.

The country is also developing historic sites such as the centuries-old Mada’in Saleh, home to sandstone tombs of the same civilization which built the Jordanian city of Petra.  /muf