Castro to Lacson: Nothing wrong with my letter-request; it's not pork barrel | Inquirer News
Close
menu
search

Castro to Lacson: Nothing wrong with my letter-request; it’s not pork barrel 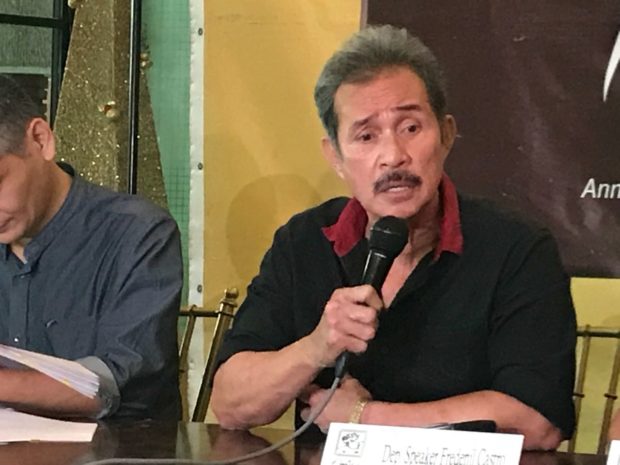 MANILA, Philippines — Capiz 2nd District Rep. Fredenil Castro clarified Thursday that he was just requesting – not lobbying – for a project to Sen. Panfilo Lacson, stressing that there was nothing wrong with it, unlike the illegal pork barrel.

“I am disappointed that the good Senator does not know [how] to distinguish pork barrel from a letter-request or better still a letter-request from lobbying,” Castro said in a statement after Lacson revealed a copy of the congressman’s letter requesting financial assistance to construct a municipal building in Dumalag town, Capiz.

“What is wrong with it? It shows my resolve to help my constituents. It’s not pork barrel,” the House member added, stressing that he requested the same to other senators.

The letter, Castro added, proved that he did not personally go to the senator’s office.

Castro also echoed Senate President Vicente Sotto III’s statement in a Sept. 25 television interview where the latter explained that projects requested by congressmen are not pork barrel which the Supreme Court struck down as illegal in 2013.

“In any event, I will be very appreciative if Sen. Lacson could be kind enough to help my constituents and, I am certain, my constituents will be most grateful for his kindness,” the district representative added.

The word war between the two legislators started when Lacson accused the House of inserting billions of pork in the proposed P4.1 trillion national budget for 2020 which the House approved last Sept. 20.

Castro demanded Lacson’s apology in a privilege speech Wednesday, but the senator refused to do. Instead, Lacson hurled tirades at Castro and said the former House majority leader tried to lobby a project to his office./ac