400 new taxis too much for Baguio, LTFRB told 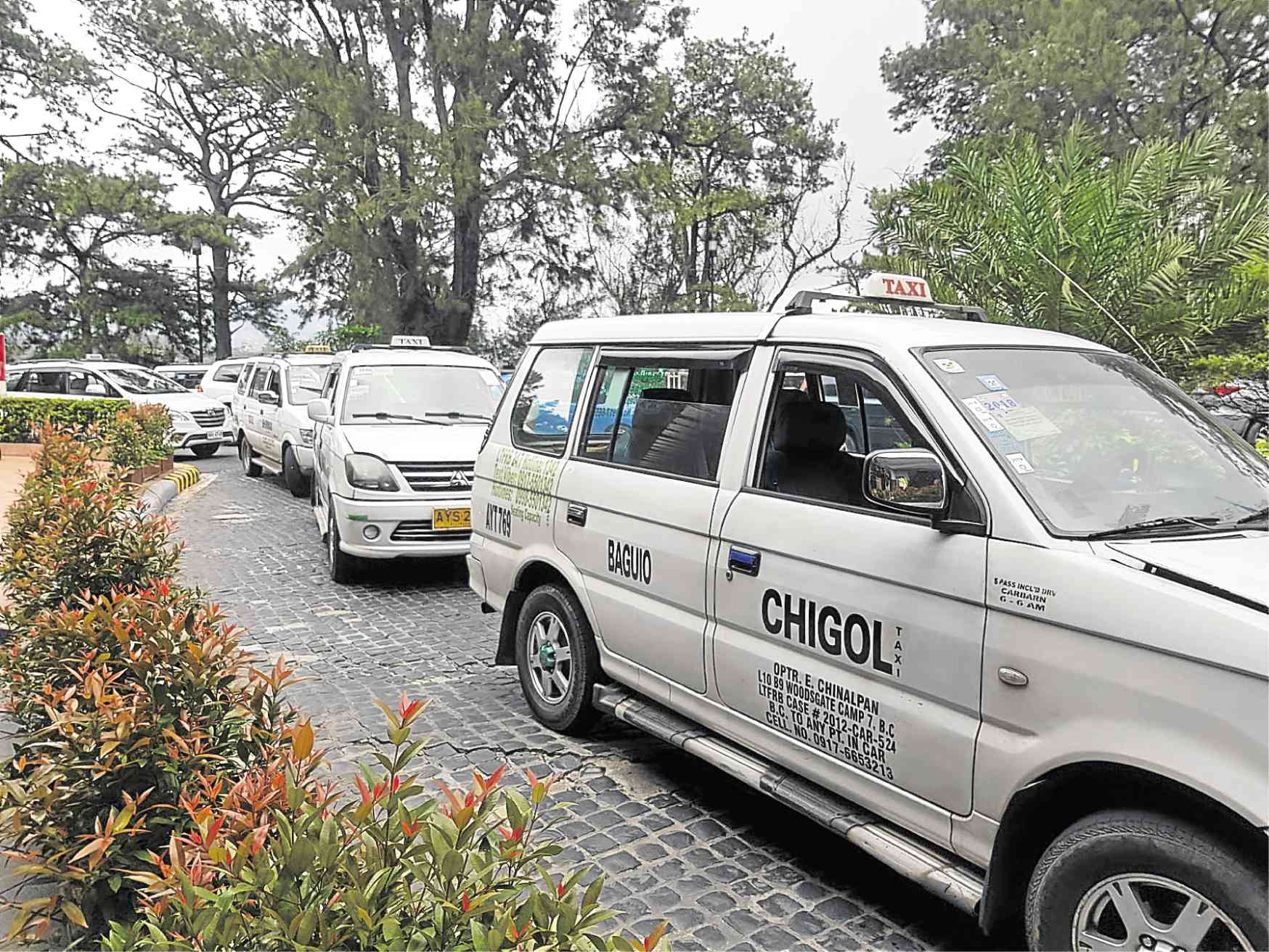 CAB LINE Many residents and tourists in Baguio City prefer to take taxicabs for the convenience these offer. —VALERIE DAMIAN

BAGUIO CITY—The Land Transportation Franchising and Regulatory Board (LTFRB) should withdraw the 400 new taxi franchises it issued to give this city time to study its mass transport system.

This was the position taken by the city council during its regular session on Monday as it cited an LTFRB moratorium on the issuance of public utility vehicle franchises since 1995 because of the worsening traffic problem here.

The council also authorized Mayor Benjamin Magalong to transmit Baguio’s “expression of interest” to pilot a low-carbon urban transport system being promoted by the Department of Transportation.

The system will help this city devise a mass transportation plan that is environmentally friendly, draw investments for green infrastructure projects like charging stations for electric vehicles and reconfigure roads to reduce energy consumption.

The council said the LTFRB move to open new taxi franchises would interfere with Baguio’s ongoing efforts to improve or modernize public services.

The 200 new franchises will replace 193 taxis which have lapsed or abandoned franchises, Lalaine Sobremonte, acting LTFRB director in the Cordillera, told the council.

She said another 200 franchises would be opened for premium taxi services.

But the LTFRB would only accept new applications from fleet operators or transport groups operating as many as 50 cabs, she said.

Three transport associations have applied for the new franchises but their petitions have not been addressed due to a legal issue and Magalong’s opposition to the new taxi plan.

Baguio is served by 3,500 jeepneys which need to be modernized and 3,200 taxis, many of which “don’t operate at certain hours of the day to avoid the traffic gridlock,” Magalong said.

He also said that Philippine Airlines Express had informed Baguio that it was ready to resume a Baguio route with its five planes suited for the city’s old runway at Loakan.

But modernizing the airport would require upgrading its instruments and relocating settlements along a buffer zone, it was learned. —VINCENT CABREZA