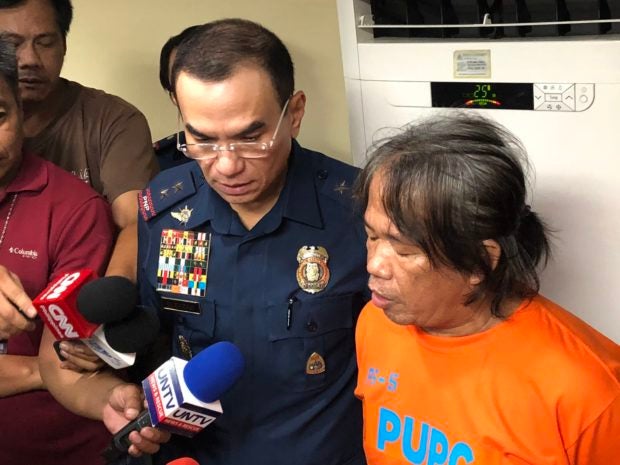 MANILA, Philippines — Eastern Visayas’ third most wanted man, who is responsible for the murder of three people, is now under police custody.

According to Fairview police station commander Col. Carlito Mantala, Bonanza’s arrest came after they received confidential information that the suspect was an alleged “gunrunner.”

With this, police launched a buy-bust operation on September 15 at Araneta Center, Cubao at around 5:35 p.m. where an undercover policeman apprehended Bonanza.

Seized were an unlicensed caliber .38 revolver and buy-bust money worth P2,000. Bonanza will face charges for violation of Comprehensive Law on Firearms and Ammunition Regulation Act.

After further investigation, police found that Bonanza was allegedly listed as No. 3 most wanted person of Police Regional Office 8. He was also reportedly involved in the murders of a certain Entoy Budas in 1991, an alias “Buloy” in 1998, and Romy Mahilum in 2000.

In an interview with reporters, Bonanza admitted that he stabbed Budas and Mahilum to death while shot Buloy to death.

Bonanza claimed that he only killed bad people, noting that residents were “happy” that he ended the lives of these individuals.