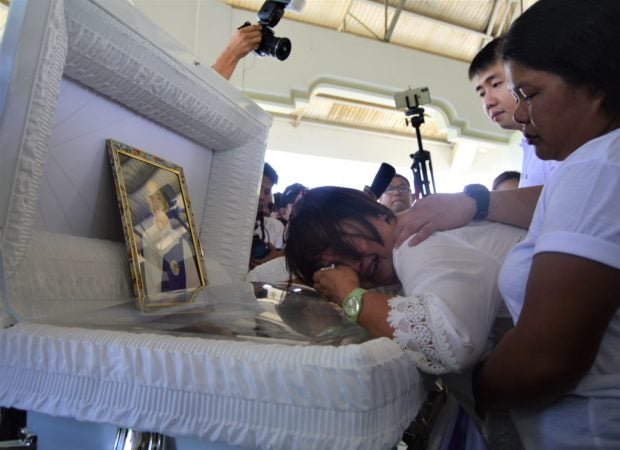 “That was the reason,” Co said in a phone patch with reporters when asked to confirm if Dormitorio was maltreated because of the missing combat boots.

According to Co, the boots belong to Cadet 1st Class Axl Ray Sanupao, who entrusted them to Dormitorio. The boots were lost. On learning this, Sanupao “endorsed” Dormitorio two third class cadets — Shalimar Imperial and Felix Lumbag.

These two were all tagged as primary suspects in Dormitorio’s mauling.

Co said they will file a case for violation of Anti-Hazing Law against the cadets by next week.

“Hopefully, we will be able to forward this to the prosecutors next week. We’re finishing everything up, and we’re waiting for the family to come here,” Co said, speaking partly in Filipino.

Dormitorio died on Sept. 18 while undertaking medical treatment after he reportedly vomited profusely on Sept. 17. Days later, police found in the medico-legal report that Dormitorio died after sustaining injuries due to hazing. /je