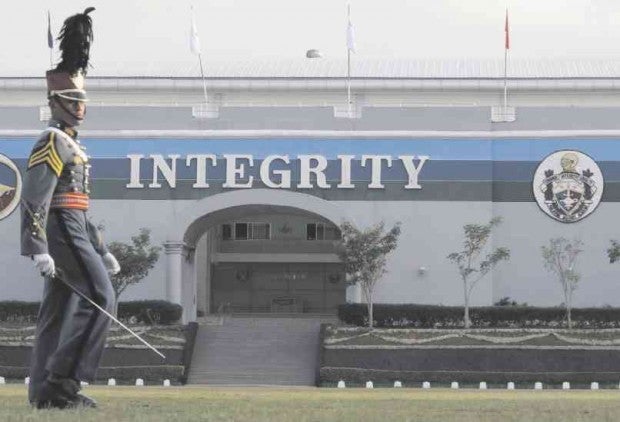 MANILA, Philippines — Police confirmed Friday that a plebe or a freshman at the Philippine Military Academy (PMA) died of hazing perpetrated by at least three fellow cadets.

“Lumalabas na may force na pwedeng sinuntok at sinipa [It appeared there was force inflicted which means he might have been punched or kicked],” he added, citing the injuries sustained on the right and left portion of the body and navel area of cadet Darwin Dormitorio.

Dickson said there are three persons of interest — two third class cadets or those in their second year and a first class cadet or a graduating student — who are possibly behind the incident. They may face a case for violation of the Anti-Hazing Law and if proven guilty, these cadets will be kicked out of the PMA.

Investigation is ongoing on the incident, the police official added.

Initially, Dormitorio was reported to be admitted at the PMA Hospital around two weeks ago for stomach ailments. He died while undergoing treatment after reportedly vomiting profusely. He was reportedly able to be discharged before he was rushed again to the hospital on Tuesday after vomiting heavily.

Administrative lapses led to improper treatment of Dormitorio, which is also being investigated by the PMA, Evangelista said.

Twenty cadets are being interviewed as potential witnesses. PMA is also checking if other members in Dormitorio’s class were also maltreated, said Brig Gen Bartolome Bacarro, commandant of cadets.

Dormitorio belonged to the latest batch of cadets incorporated into the cadet corps in July.

“We have done everything humanly possible against these malpractices. We want to institutionalize an (anti-hazing) system coming from the cadets themselves,” Evangelista said.

The father of Dormitorio is a retired military colonel, Evangelista said.

Hazing remains taboo in the academy and is not part of the training.

Policy and tactical changes will be undertaken because of the cadet’s death./jpv/lzb