Amid unsolved killings of lawyers, attack on another in Capiz shows boundless impunity 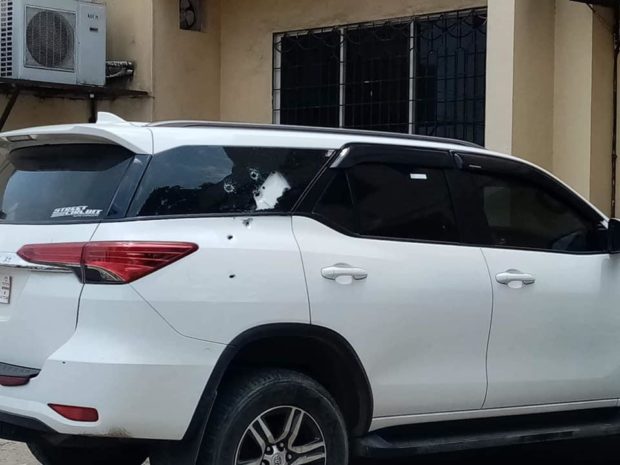 ILOILO CITY—The Integrated Bar of the Philippines (IBP) condemned yet another attack on a lawyer, Criselda Azarcon-Heredia, even as previous killings of lawyers remained unsolved.

Heredia, who is based in Roxas City, was driving her car when gunmen opened fire at the vehicle. Heredia had been branded as a communist in a practice now known as Red-tagging being blamed on the government.

Although Heredia was unharmed in the attack, it was “another detestable act which has no place in a democratic society,” said a statement of IBP Capiz.

“The legal profession calls upon its members to continue to be vigilant and to pray for the safety of all its members,” the statement said.

The vehicle fell into a ditch and the assailants fled.

Heredia, her 26-year-old daughter who was driving the vehicle and a client were unharmed.

Mahometano said police were looking into the possibility that the target could be Heredia’s client who was seated at the back of the vehicle.

Heredia is among members of the National Union of Lawyers of the Philippines (NUPL) in Panay whose photographs were printed in posters in Iloilo accusing them of supporting the New People’s Army and “terrorists.”

She is legal counsel to several political detainees.

An environmental advocate, Heredia is also among those at the forefront in the campaign to ban large-scale mining in Capiz.

The NUPL-Panay earlier condemned the attack decrying the continued killing of lawyers.

The group said since President Rodrigo Duterte’s ascent to power in July 2016, attacks on lawyers escalated with 47 deaths already. These included judges and prosecutors whose killings remained unsolved, NUPL said./TSB