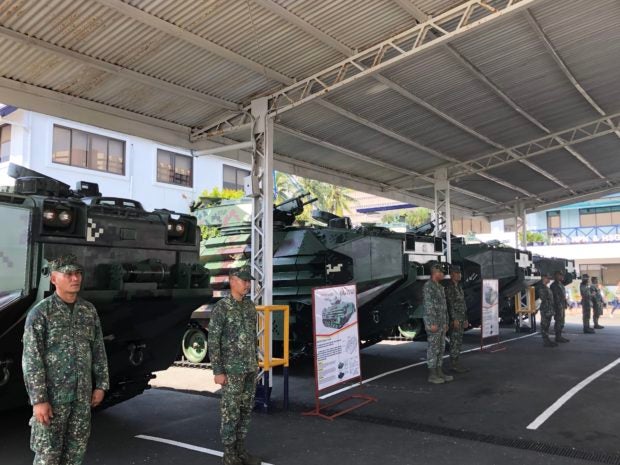 The two landing platform docks have a budget of around P5-billion. Bidding for the project is scheduled for Tuesday in Camp Aguinaldo.

The four newly-commissioned AAVs are part of the eight new AAVs from Hanwha Defense. The other four were earlier commissioned in June.

“The versatile AAVs not only enhance by large ship-to-shore capabilities of the Philippine Marine Corps but can also provide combat firepower in different types of terrain as well as protection of Marine warriors,” he said.

Empedrad said they have also programmed the acquisition of 12 MPAC for the second phase of the modernization program.

“We also programmed to acquire 12 more MPAC in the second horizon until we reach our desired force mix of 42 MPAC,” he said.

The three newly-acquired MPAC are in addition to the three missile-fitted fast attack craft of the Philippine Navy.

The new fast attack craft will be placed under the 4th Boat Attack Division of the Philippine Fleet activated last Sept. 12.