House leader: No room for vetoed pork in budget 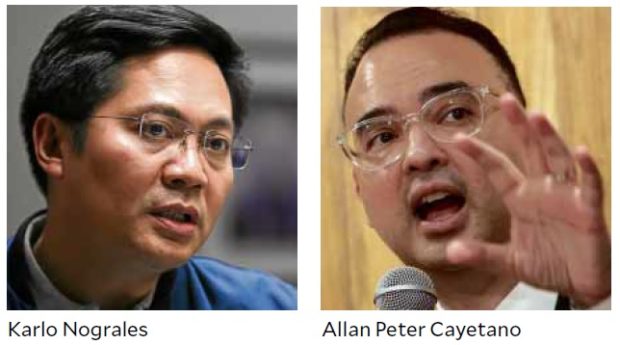 MANILA, Philippines — Lawmakers hoping to raise their “pork” allocations will no longer get a chance to reinsert some P70 billion to P90 billion worth of vetoed public works funds in the newly passed 2020 spending bill, a House leader said on Sunday.

“It’s impossible to restore the vetoed items,” the lawmaker, who asked not to be identified because of the sensitivity of the matter, told the Inquirer, citing lack of funding sources.

Some 68 disgruntled House members had been pushing for the restoration of their share of P95.3 billion worth of projects they “inserted” in the 2019 budget that was later vetoed by President Rodrigo Duterte for not being in line with administration priorities.

The requests to restore the vetoed funds in the 2020 proposal nearly derailed budget hearings in August, prompting the withdrawal of the P4.1-trillion general appropriations bill (GAB) until the House leadership put its foot down.

The House approved the GAB on second and third reading last Friday, but gave itself a window of time until this week to receive individual and institutional amendments before transmitting the measure to the Senate for its concurrence.

The two chambers will meet in conference to reconcile differences in each of their versions once the Senate passes its own bill.

Cabinet Secretary Karlo Nograles on Friday said the President would exercise his veto powers to remove any unconstitutional or pork insertions in the proposed P4.1-trillion national budget for 2020.

Nograles made the assurance following reports that each congressman may get P100 million for infrastructure and social assistance projects.

Pork, a source of kickbacks, refers to all forms of discretionary and lump-sum items given to lawmakers or officials to fund their pet projects.

Also on Friday, Speaker Alan Peter Cayetano asked the 300 House members to submit their proposed changes by Monday to a small group led by House appropriations panel chair Isidro Ungab, who was tasked with collecting and deliberating on the proposals.

“With open ears and open mind, we will accept and look at each and every amendment with consensus,” he told the body.

Cayetano said one possible amendment involved the augmentation of a fund to help local rice farmers affected by the rice import liberalization.

“There seems to be a consensus that we should add to the P7-billion fund to buy palay (unhusked rice) to help our farmers… Ungab has already found P3 billion to add to P10 billion but we would like to go higher than P10 billion,” the Taguig lawmaker said.

On Sunday, Ungab said his group would pore over each proposed amendment.

Ungab earlier disclosed that several lawmakers had wished to make insertions to the bill amounting to between P70 billion and P90 billion worth of public works projects, which had either been slashed during preparation or vetoed from the current P3.6-trillion budget.

On Aug. 28, the GAB was withdrawn from Ungab’s panel on a motion by Deputy Speaker Luis Raymund Villafuerte Jr. who argued that the House bill could deviate from the national expenditure program (NEP) since it was “the job of the House to allocate or amend budgetary items.”

Ungab protested the withdrawal of the measure, but after a meeting with House leaders, the GAB was refiled, untouched. —With a report from Julie M. Aurelio