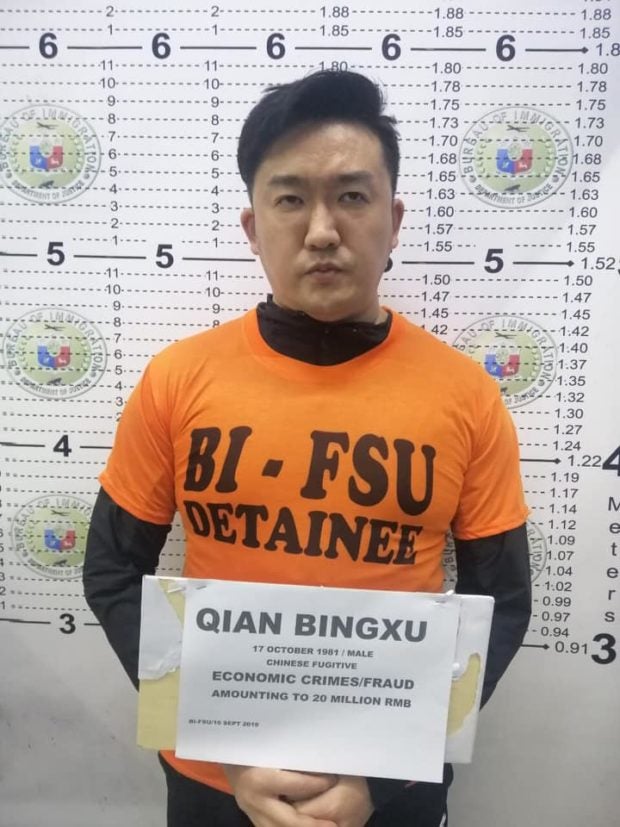 MANILA, Philippines — The Bureau of Immigration (BI) is set to deport a Chinese national who has been hiding in the country for nearly a year after he duped his compatriots of an estimated $12 million (P625 million) in an investment scam.

Qian flew to the country in November last year to evade charges filed against him by around 1,100 of his compatriots.

“We will deport him not only because he is a fugitive from justice. He is also an undocumented alien as his passport was already canceled by the Chinese government,” Morente said.

Qian allegedly accepted deposits from his victims and promised high returns on their investments.

He, however, did not deliver and went into hiding. —Jovic Yee