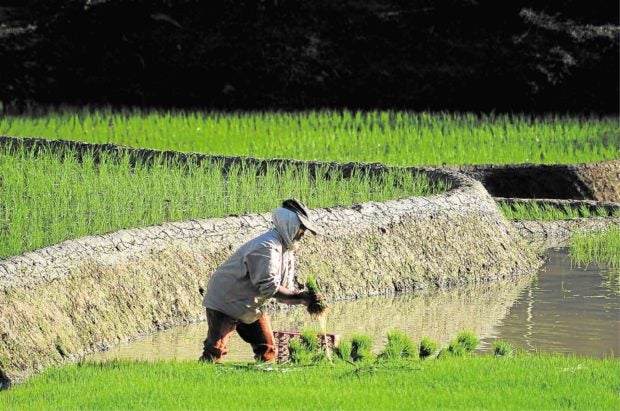 IFUGAO LIFE Rice is tightly bound with the life and culture of the Ifugao people, widely known for their centuries-old rice terraces. —EV ESPIRITU

KIANGAN, Ifugao, Philippines — With the boys donning their “wanno,” or G-string, and the girls their “ampuyo,” or wraparound skirt, while performing a traditional dance, a new Ifugao generation is saving an ancient ritual from vanishing due to changing times.

“It is giving back to the bulul in thanksgiving for the bountiful harvest and then praying for continuous good harvests,” said Simon Tuguinay, a mumbaki.

According to the Save the Ifugao Terraces Movement (SITMo), a cultural advocacy group, the tradition is disappearing due to the changing cycle of planting rice.

Marlon Martin, a SITMo member, says the bakle takes place at the end of the harvest season with the opening of the fallow period when the “payo” (rice terraces) are cleared of grass and weed that are later buried in the mud to rot and serve as fertilizer for the next planting season.

“But with the rice cycle altered, the rituals through the whole cycle are also altered,” Martin says. 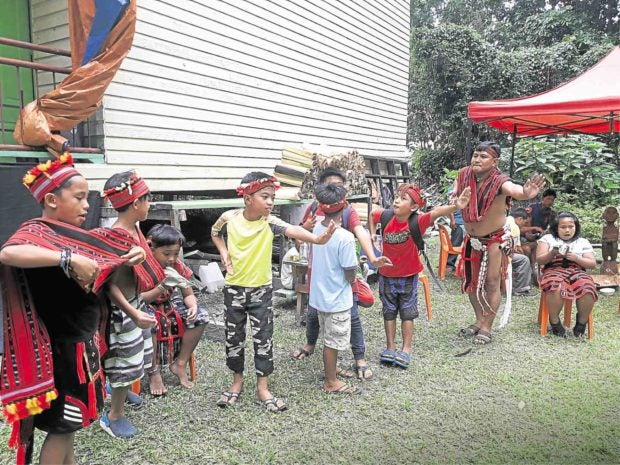 The old rice cycle begins with land preparation between October and November. This is followed by sowing and planting from December to February.

Pest management and weeding take place between March and April while seed selection for the next cropping is done from May to June.

Farmers finally harvest from July to August and clean the rice terraces by September.

Several rituals accompany every stage of the rice cycle, which begins with the land preparation and then planting and harvesting. In each stage, a specific indigenous ritual is performed.

When farmers start planting new rice varieties apart from the traditional “tino-on” (an indigenous rice variety), the rituals could no longer be practiced.

Tino-on means “annual,” and planting this rice variety practically takes a farmer the whole year to prepare the land, plant and harvest.

There is a time allotted for the land to rest, during the fallow period, when the grass buried in the mud rots and the soil naturally rejuvenates. 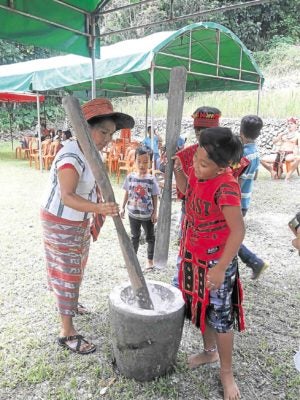 “The rice cycle is the heart of the Ifugao culture. The rituals and indigenous practices revolve on the rice, so that when new rice varieties that take only three to four months to harvest are introduced, the traditions and customary practices are altered, too,” Martin says.

“So before it gets totally lost and forgotten, we have to teach the children about the rich Ifugao heritage,” he says.

In the olden days, the bakle was performed by every village. Each household made its own binakle to share with other villagers. The mumbaki went house to house to perform the danglot.

“Today, this activity is our version of the bakle. After all, culture is a way of life, it keeps up with changes in time, it is not stagnant like a relic that sits in a museum,” Martin says, adding: “What better way to keep traditions but to teach the children.”

The children are not only taught how to make the binakle but also about the rich Ifugao heritage.

This could be a start of an annual practice of bakle in Kiangan, Martin says, noting the involvement of local officials, teachers and students and the rest in the community.

He says the activity has been included in the indigenous peoples education (IPEd) program of KCS.

The Department of Education (DepEd) Ifugao supervisor, Jacqueline Lunag, says the activity is a learning experience not just for the pupils but for the teachers as well. She says not all teachers know about the bakle.

The activity, she says, should be adopted in other Ifugao schools and communities through the IPEd program.

Gloria Buya-ao, DepEd Ifugao schools superintendent, says they also plan to include the Ifugao weaving practice in the program. 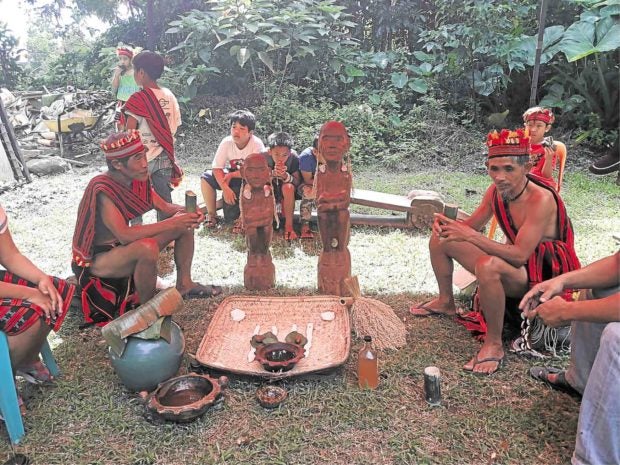 Apart from the bakle and weaving practices, SITMo has turned over the community heritage galleries where Ifugao artifacts and traditional woven products are on display.

“These are very helpful in educating our children about the Ifugao culture not only for KCS pupils but for other schools and the community as a whole,” Buya-ao says.