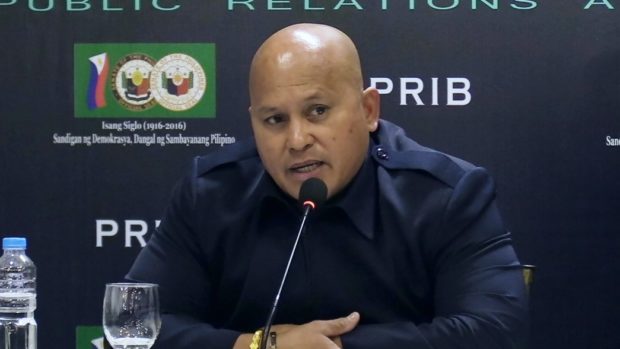 MANILA, Philippines — The death of a cadet of the Philippine Military Academy (PMA) due to internal bleeding apparently caused by “blunt force trauma” is “another case of shattered dreams,” Sen. Ronald “Bato” dela Rosa said Saturday.

PMA Cadet Fourth Class Darwin Dormitorio died of hazing, the first of such case in the academy in 18 years.

“It already happened. So it means it could not be stopped. We all don’t want such a thing to happen because it’s so painful. This is another case of shattered dreams for parents and other loved ones of the kid who died. It’s hard to accept,” Dela Rosa, speaking in Filipino, said in an interview over AM radio station DWIZ.

Dela Rosa, himself a PMA graduate, said he was confident that those involved in Dormitorio’s death would be held accountable under the Anti-Hazing Law.

Asked if the Senate would probe the incident, particularly under the Committee on Public Order and Dangerous Drugs which he chairs, Dela Rosa said he was open to it.

But he said the issued had not been discussed in the Senate.

“If I heard it right, coming from the father of the victim who died, his father, who is a retired official of Armed Forces, did not want an investigation. He said he would not want what happened to his son discussed anymore,” Dela Rosa said.

“But anyway, we will see what will happen in the next coming days,” he added.

The PMA said it would file “appropriate charges and shall apply sanctions” to those found responsible for the young cadet’s death.

“It is unfortunate that a life has been lost. We pledge that no stone will be left unturned. All perpetrators will be held liable to the full extent of the law,” the PMA said.

ADVERTISEMENT
Read Next
42nd Malasakit Center opens in Pagadian City
EDITORS' PICK
Singapore confirms first case of novel coronavirus
SM continues to send relief assistance to remote towns in Batangas
Timeless Elegance in the Philippines’ Most Distinguished Home Kitchens
Group slams Duterte: Terminate VFA because of sovereignty issues, not because of Bato
Beyond water service: Maynilad builds massive infrastructure projects to clean up Metro Manila waterways
Bato on ending VFA with US: ‘I don’t deserve this bargain but it’s not all about me’
MOST READ
Part of Aurora Boulevard in Cubao closed from Jan. 25 – Feb. 1
Duterte threatens to scrap VFA if US doesn’t rectify Bato’s visa cancellation
Sam Heughan on turning 40, new ‘Outlander’ season, playing Paul Newman in film
Duterte to decline invitation to attend US-Asean summit
Don't miss out on the latest news and information.