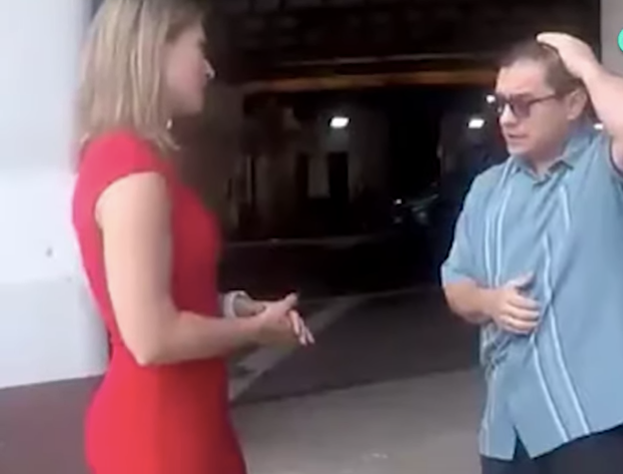 CHICAGO — A pigeon apparently didn’t think much of a lawmaker’s ideas to address a messy situation at a Chicago Transit Authority stop known by some as “pigeon poop station.”

WBBM-TV reports that one of the birds did its business on the head of Democratic state Rep. Jaime Andrade as he was discussing the problem with a reporter outside of the Irving Park Blue Line station.

During the interview, Andrade rubbed the top of his head and said, “I think they just got me.” They did.

The sidewalks outside of the station are covered in bird waste and feathers.

Andrade has been trying to fix the problem. One of his ideas is to ask the CTA to install a hose line for power washing when it constructs new escalators at the stop.