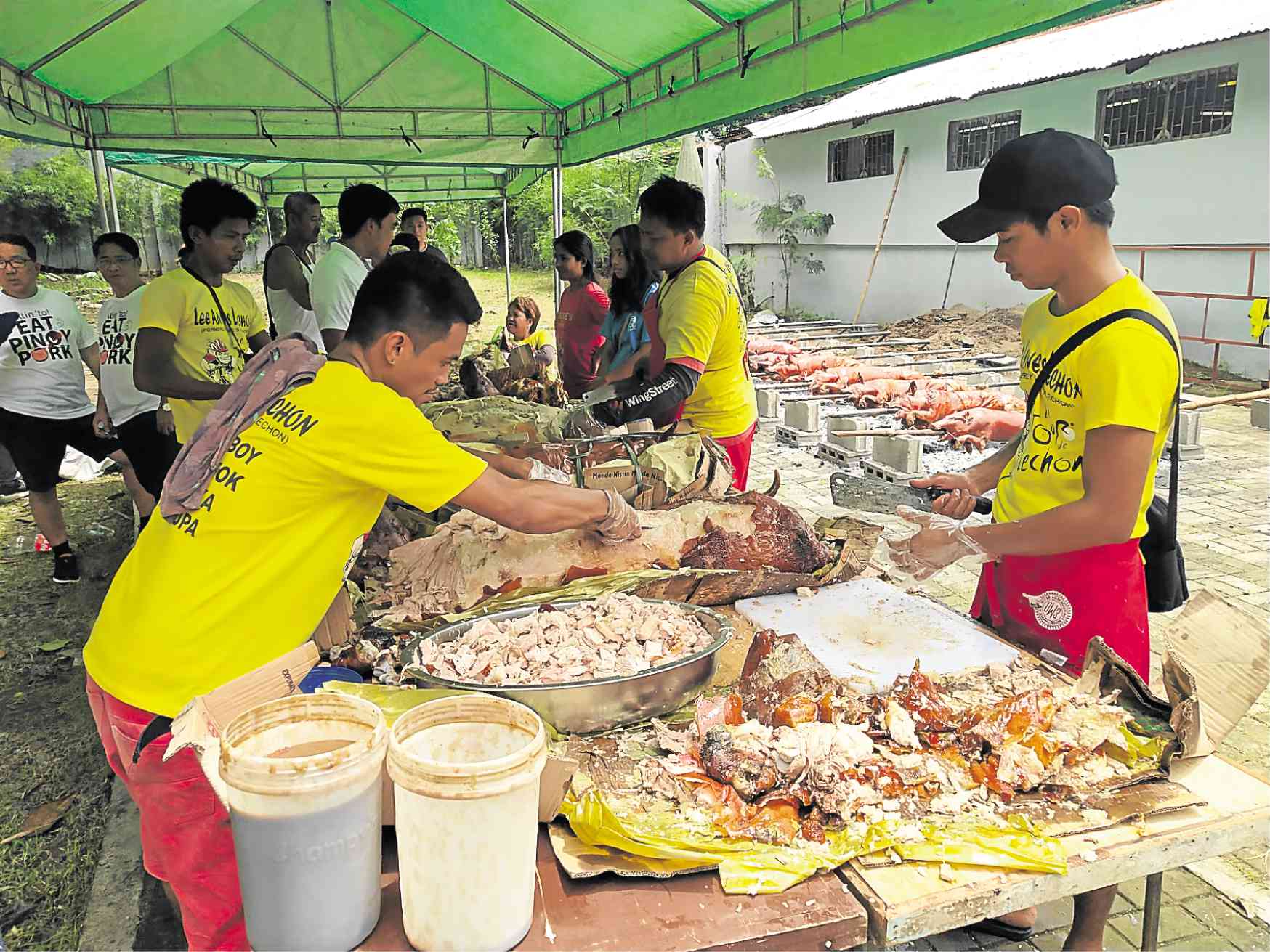 LECHON FEAST The provincial government of Tarlac serves 100 roast pigs during its “Lechon Festival” on Friday to prove that the province remains free of African swine fever. —Maria Adelaida Calayag

LA TRINIDAD, BENGUET—Cebu’s decision to ban all pork products from Luzon due to the African swine fever (ASF) infestation was an overreaction to the crisis and may disrupt interregional trade, Agriculture Secretary William Dar said here on Friday.

During a dialogue with farmers here, Dar was also informed about a similar ban imposed two days ago by Benguet province, where pigs are necessary for rituals or community feasts of its Ibaloy and Kankanaey residents.

Dar said no reports of infestation had been recorded in the Cordillera. He said hog farms in areas like Rodriguez town in Rizal, and Guiguinto town in Bulacan, where the first salvo of the swine fever was detected, had been quarantined. Select areas in Central Luzon and Quezon City are also being contained.

He also said President Duterte had ordered the formation of a task force to control pork products sneaking in through major ports. Dar said protocols were in place which allow local governments to determine if pork products shipped to their communities bear meat inspection clearances.

“Without the permits, don’t let the products in,” he said.

But the wholesale ban of swine products is excessive, he said. Cebu, for instance, had confiscated processed products or canned goods that have entered its markets that, Dar said, was “too much.”

“This will affect the trade among regions, among provinces. So I told Cebu Gov. Gwen Garcia last night that I can understand their objective of protecting the hog industry of Cebu as well as the national interest [but] we have to understand that trade must continue,” he said.

“We have interprovincial, interzonal transfer of goods … Let’s harmonize provincial interests with the interest of this country,” Dar said.

He also said the pork supply in Cebu was “not sufficient” for the requirements of residents there and they would have to buy pork from other provinces in Luzon and Mindanao.

He cautioned hog raisers not to panic. Pigs that exhibit fever must be reported to the nearest veterinarians, Dar said, adding that “don’t assume it’s swine flu because there are other diseases affecting pigs.”

Veterinarians are required to collect blood samples for testing at the Bureau of Animal Industry before they can issue diagnoses, Dar said.

Occidental Mindoro declared a ban on live hogs and other pork products entering the province, but Gov. Eduardo Gadiano said shutting its doors would only be temporary.

He said they would lift the ban as soon as ASF, initially reported in Bulacan, Rizal and Quezon City, was “totally contained.”

Aside from the domestic hogs in local farms, the province was particularly concerned about protecting the “baboy damo” (wild boar) from the ASF, he said.

Veterinarians confirmed that wild pigs are susceptible to ASF, which has the potential to wipe out large hog populations.

The International Union for Conservation of Nature (IUCN) has identified at least four species of Philippine-endemic wild pigs as either critically endangered or near threatened, due to their declining populations.

Specifically, the Oliver’s warty pigs, or Mindoro warty pig species on Mindoro Islands is tagged vulnerable by the IUCN. “We are worried [ASF] could wipe out our baboy damo. What else would be there for the next generations to see if that happened?” Gadiano said.

He said they closed down port entries in Abra de Ilog as well as in Magsaysay, the town that connects Occidental and Oriental Mindoro.