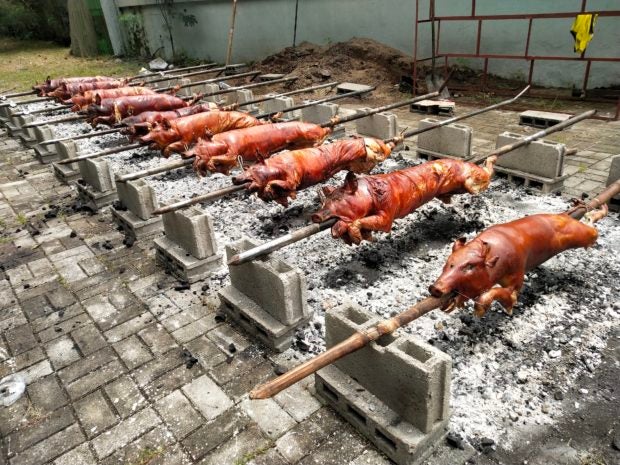 Lechon is served during a boodle fight in Tarlac City. PHOTO/Maria Adelaida Calayag

The occasion was part of the province’s “Lechon Festival” celebration that saw 100 roast pigs being served at the Maria Cristina Park here.

“Through this lechon festival, the public will know that it is safe to eat pork. ASF cannot be transmitted to humans through contact with pigs or pork,” Ng said. The provincial government of Tarlac on Friday serves 100 roast pigs during their “Lechon Festival” to prove that the province remains free of the dreaded African swine fever. PHOTO/Maria Adelaida Calayag

Quarantine checkpoints have also been set up in key areas in the province to prevent the entry of live pigs from other provinces.