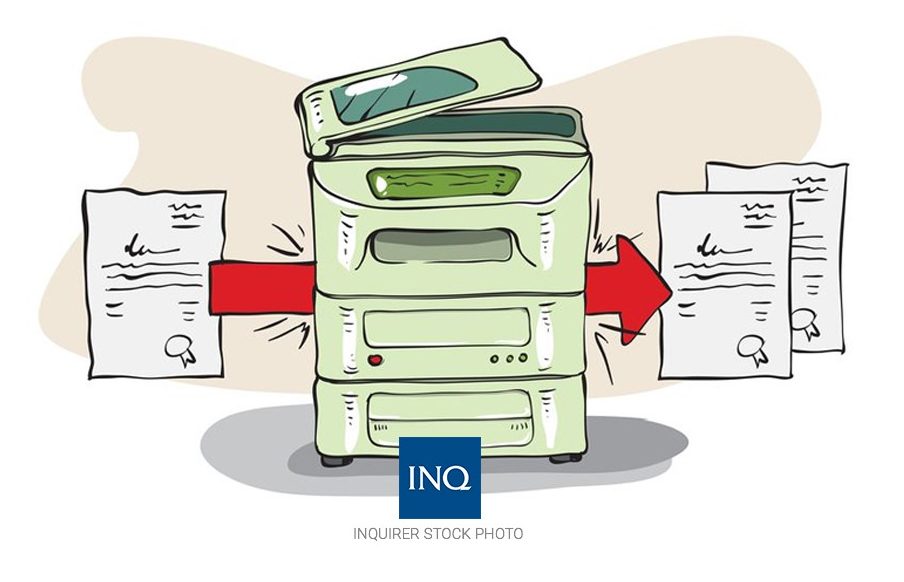 MANILA, Philippines–Seriously, you can’t have your documents “xeroxed” from now on.

Fuji Xerox has warned the public against using the term Xerox when you mean “copy.”

“Xerox is a registered trademark protected by law,” the Japanese-American partnership said in a public notice, adding that its unauthorized use as part of a trademark or tradename “is expressly forbidden by law.”

It was in 1959 when Fuji Xerox introduced commercial xerography. It has since been hugely popular that the word Xerox became a synonym for photocopying.

It is, in fact, officially found in the dictionary.

Merriam-Webster, for example, defines Xerox as a transitive verb which means “to copy on a xerographic copier.”

Cambridge Dictionary says it means to “make a copy of a document using a Xerox or other copying machine.”

Collins English Dictionary provides an example of its usage as a verb: “I should have simply Xeroxed this sheet for you.“

You know that a  brand has reached the pinnacle of marketing success when its name becomes a byword for certain products and services, like Escalator, Scotch Tape, Zipper, Powerpoint, and yes, Xerox.

For Ramona Sukhraj, head of editorial content of sales and marketing website Impact, a brand name becoming a generic could have both negative and positive effects.

“On a positive note, this is a sign that your brand or product has been widely accepted by the general public. It means it’s in high-demand, is highly-recognized, and you’re most likely dominating your industry,” she says in the article “50 Everyday Words That Actually Started as Brands and Trademarks.”

On the other hand, when a brand becomes a commonly used noun or verb, Sukhraj says “it risks losing all of the established value and recognition that it has built up.”

“It becomes ‘genericized,’ referring to things not directly related to it and eventually diminishing the company’s rights (and ability) to profit from it,” Sukhraj says.

This brand dilution issue could be Fuji Xerox’s biggest worry.

“Xerox is not a verb or common noun and should therefore not be used to describe copying or copy services in general,” it said.

“So please don’t use the word ‘Xerox’ as another word for ‘copy’.” 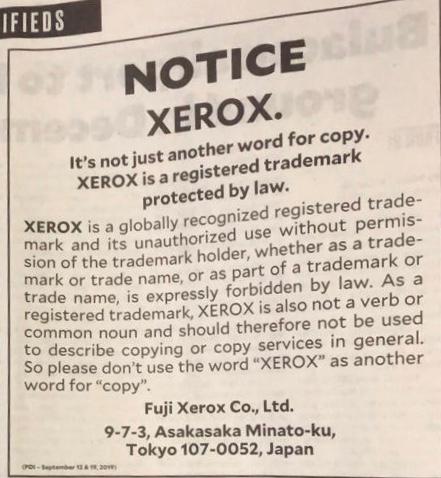